Manchester City ran riot against Crystal Palace in the Premier League on Sunday, January 17, as the Citizens convincingly won the tie 4-0.

However a moment of brilliance occurred during the encounter when Gundogan struck from outside the area to get Pep Guardiola’s side’s second goal of the match.

Brazilian star Fernandinho was seen as he attempted to stop his team-mates from hugging each other, encouraging them to practice social distancing.

The Premier League management recently wrote to remind participating teams of the Covid protocols which frown at players from having handshakes, hugs and high-fives. 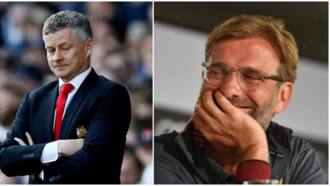 Brilliant Fernandinho was seen reminding his colleagues after their second goal as he made way to celebrate with team-mates before applauding Gundogan.

“Fernandinho being a great covid Marshall there,” another added.

“Identify far too much with @fernandinho trying to keep everyone from celebrating together under Covid restrictions,” quipped a third. 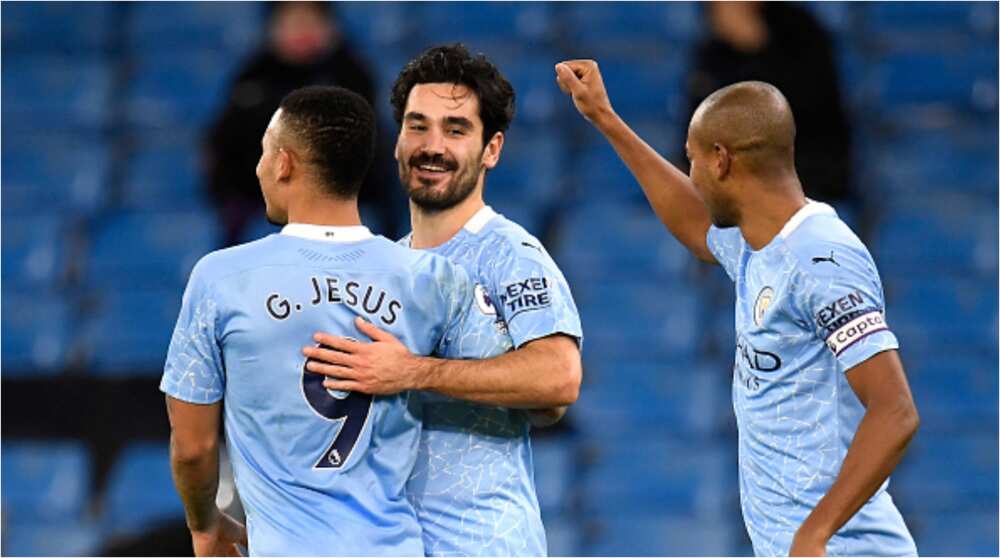 Meanwhile, in a bid to bolster the squad, Inter Milan striker Romelu Lukaku has reportedly emerged as a top transfer target for Premier League giants Man City this summer.

The Belgian forward joined the Italian League title contenders from Manchester United in August 2019 in a deal valued at around €74 million.

He has already scored 51 goals and nine assists in 73 appearances for Antonio Conte’s side since his move about two seasons back.

The former Chelsea attacker has now been tipped to return to the Premier League with the Citizens showing interest in him.

However, Legit.ng earlier reported that John Barnes has named Manchester City as the only club to rival the Reds for the Premier League title this campaign.

Jurgen Klopp’s men hosted Manchester United to a 1-1 draw at Anfield on Sunday, January 17 as both sides were inseparable after 90 minutes of action.

The Merseyside outfit trail the Red Devils with three points heading into the encounter but the 57-year-old is not worried about Ole Gunnar Solskjaer’s men despite their impressive form so far this season, Barnes does not regard the Old Trafford dwellers as serious title contenders.