– The interior designer’s friend, Blessing Osom, in an IG video talked about how wealthy Ogbebor is

There was drama on social media recently after wealth interior designer, Ehi Ogbebor, shared loved up pictures with her man, MC Oluomo, Lagos chairman of the National Union of Road Transport Workers (NURTW).

Many had suggested that Ogbebor is with MC Oluomo for his money but her friend, Blessing Osom, has now come out in her defence and shut down the naysayers.

Osom in a video post shared on her Instagram page made it clear that she has a close relationship with the designer and can talk freely on her behalf. 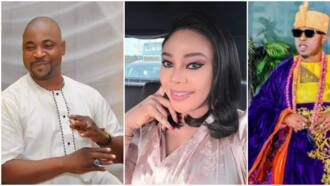 She went on to dismiss those who have been suggesting that her friend is only in a relationship with the NURTW chairman because of what she stands to gain from him.

According to Osom, the interior designer does not need any man’s money because she has built her business up to the point where it is only natural that she also attracts wealthy people.

Osom stated that Ogbobor is a young and wealthy lady who is very humble and doesn’t even talk about all that she has to her name.

“Ehi is a rich young lady that is not proud. If some people were to be Ehi, they would be telling the word what they have. When you talk about Ehi following someone for money, she had opened her house before dating her current partner. She has 2-3 shops in Lekki which she belongs to her.”

Still speaking about the interior designer’s wealth, Osom disclosed that she gave her old house to a sibling before moving into her much talked about mansion.

She also disclosed that the interior designer has trust funds set up for her children with millions of naira.

Sharing the video, Osom told fellow female entrepreneurs that they can do well without having to bank on a man.

Watch the full video below:

Meanwhile, Legit.ng previously reported that the interior designer addressed claims that she collected a card form the Oluwo of Iwo behind her man’s back at an event.

Ogbebor shared a chat with the monarch which according to her is proof that she has always had his contact before the event.

The beautiful woman also stated that her man, MC Oluomo, simply laughed the video off. 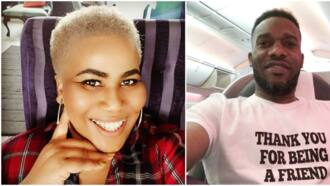