CAN to Zulum: Christians don’t engage in terrorism, we know where B’Haram belong

– The Borno state governor had claimed some Christians are members of the terrorist group, Boko Haram

The Christian Association of Nigeria (CAN) has dismissed the claims of Borno state governor, Professor Babagana Zulum, who recently stated that some Christians are members of the terrorist group, Boko Haram.

CAN general secretary, Joseph Daramola, told The PUNCH in an interview on Monday, January 18 that Christians can’t be members of the sect due to the group’s constant identification with Islam.

Daramola cautioned the governor to stop mudslinging, adding that the terror group had shown in several videos where they belonged. 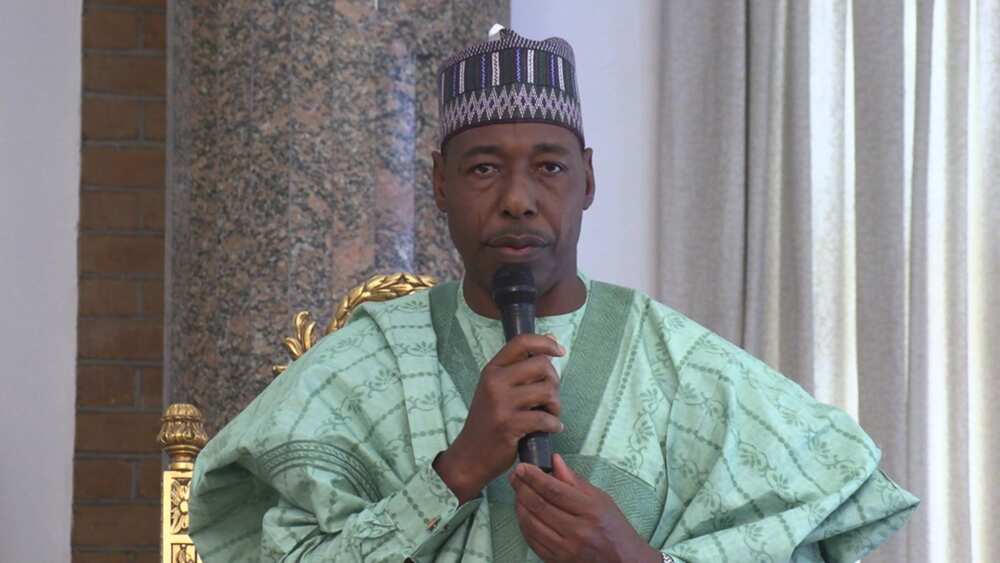 Governor Zulum has been under fire for his comments claiming some Christians are members of Boko Haram.
Photo credit: @ProfZulum
Source: Facebook

“Anyone who accuses the other must be able to prove it. For the governor to say such, then he must have evidence. Let him post the photo and video evidence on social media of Christians who are Boko Haram members. I don’t think there should be any fuss. Anybody can say anything.”

The CAN official further said no Christian would carry such weapons as used by Boko Haram members to kill fellow human beings.

“No Christian will carry those weapons to kill fellow humans. The commandments of God explicitly stated that thou shall not kill and you don’t kill either physically or any form. Christians that are Christians will never engage in that. If Zulum has his facts, let him put it out.”

Before CAN’s rebuttal on Zulum’s claims, many Nigerians have been dismissing the comments of the governor.

“The allegation that there are Christians in Boko Haram by Gov. Zulum of Borno state is a lie from the pit of hell. No real Christian will be in the ranks of an Islamic terror group whose objective is to wipe Christianity off the face of the earth. I have lost respect for Zulum.”

“If Professor Zulum has information on the ethnoreligious and racial composition of members of the Boko Haram terrorist group, he should please be invited by the DSS for further interrogations as he seems to speak clearly on this claim.”

Recall that Governor Zulum recently stated that contrary to the popular belief, some members of Boko Haram are Christians and white men.

Zulum made the disclosure during the 17th Gani Fawehinmi’s lecture organised by the Ikeja branch of the Nigerian Bar Association (NBA) held on Friday, January 15, in Lagos state.

Meanwhile, a human rights lawyer and security expert, Philip Agbese, has said that the efforts put into the fight against insurgency and criminality in Nigeria by the service chiefs of the Nigerian Armed Forces are commendable.

The London-trained lawyer in a statement seen by Legit.ng said Nigeria has made substantial progress in the prosecution of the war against insurgency in the country and contributed immensely to the global war against terrorism.