Why power should shift to south in 2023, governor Zulum gives reasons

– The Nigerian presidency should rotate to the southern part of the country, Governor Zulum insists

– According to him, there must be fairness in the power-sharing formula of the country

– Meanwhile, he called on southeasterners to learn how to negotiate for power instead of expecting it on a platter of gold

In a major boost to the quest of the southern part of the country to succeed President Muhammadu Buhari, Prof Babagana Zulum, has backed the call for power to return to the region in 2023.

The governor of Borno state insisted that any part of the country has the right to the presidency.

He consequently dismissed the fear that some part of the country could not be trusted with power, perhaps for the fear of secession. 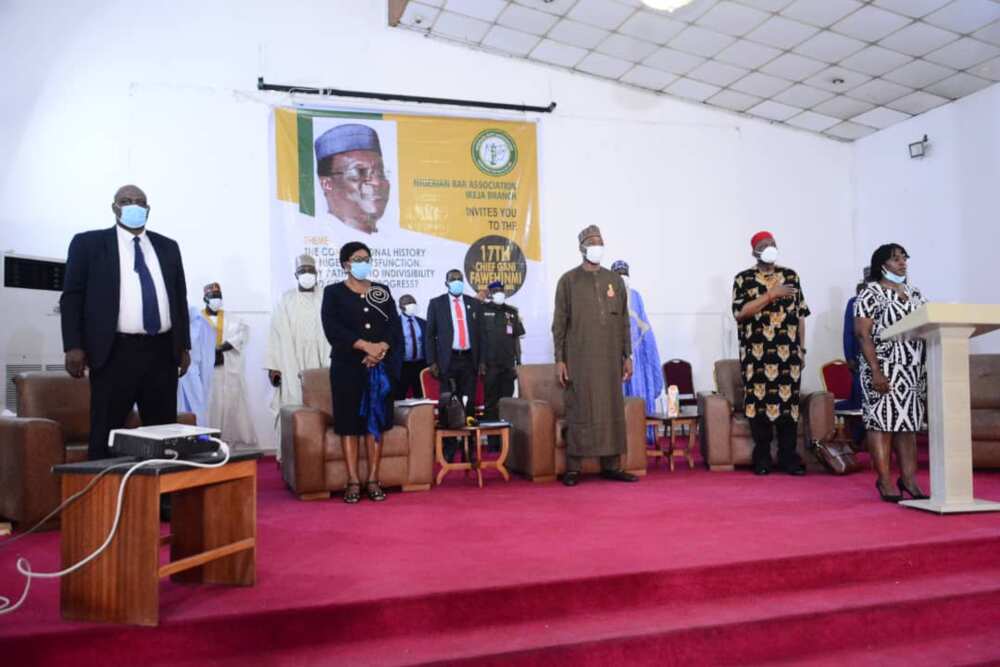 Prof Babagana Zulum, said on Friday that for the sake of fairness, power should return to the south in 2023. Photo: @GovBorno
Source: Twitter

Zulum argued that marginalisation had become the loudest concern from the citizenry.

He disclosed this in Lagos on Friday at the 17th Chief Gani Fawehinmi annual lecture, themed ‘The constitutional history of Nigeria’s dysfunction: Any pathway to indivisibility and common progress?’

The event was organised by the Nigerian Bar Association, Ikeja Branch, to celebrate the life and times of the late Fawehinmi.

Going further, he said there must be fairness if the country wants common progress, Punch Newspaper reports.

“I’m persuaded that other sections of the country should be given the opportunity to lead in 2023, why not? It is constitutional.

“We need to understand that pedestrian suspicion is not an empirical or legal reason to deny any section of the country from participation in the leadership of this country.

“One of the loudest concerns from the public is marginalisation.

Going further, he called on south-easterners to negotiate for power rather than expect others to leave it for them.

“I said this because I have heard many people say ‘they don’t want to give us power’ but assumptions and projections will never actualise your aspirations. We must all remember that God gives power but human beings negotiate for it. Every interested party must be prepared to negotiate for it.”

Meanwhile, Legit.ng had reported that a political movement supporting Alhaji Yahaya Bello’s presidential ambition, PYB FRONTIERS has called on Nigerians to rally round the governor to ensure that he succeeds President Muhammadu Buhari.

The leader of the group, Hans Mohammed in a statement sent to journalists on Tuesday, January 12 and seen by Legit.ng said the movement has commenced consultation activities that will ensure the governor emerges the candidate of the All Progressives Congress (APC) ticket in 2023.

Also, recall that all members of the Kogi state House of Assembly recently called on Governor Bello to put his hat in the ring for the presidency in 2023.

According to the lawmakers, the governor ticked all the right boxes for the presidential seat and should be backed by all Nigerians to take over from President Muhammadu Buhari.

Legit.ng had also reported that ahead of the 2023 general elections, a group, South West Youth Coalition has launched a 10,000 youth trek from Lagos to Bauchi for Governor Bala Mohammed to be the next Nigerian president.

In a report by Leadership, the group inaugurated the “Bala Initiative with 10,000 youth foot-match from Lagos to Bauchi.” to prevail on Mohammed to aspire to become president in 2023.

According to the group, Mohammed should join the presidential race following his tremendous achievement as governor.