Paul Pogba appears to be in good books of Manchester United manager Ole Gunnar Solskjaer as he has featured consistently in the last set of matches for the Red Devils.

The Frenchman has disclosed that he hates being benched which was responsible for agent Mino Raiola’s call for his exit at the Old Trafford club.

Following their home loss to Tottenham on October 4, Pogba was dropped to the bench and had missed a couple of matches before his agent raised alarm that the player’s time at the club was over. 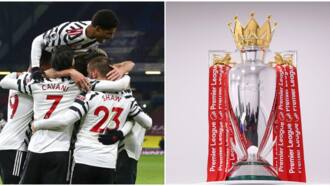 Raiola claimed that the midfielder was unhappy at the club and suggested that the best option is for him to part ways with the club mutually.

The comments came on the eve if man Utd’s Champions League clash with RB Leipzig with infuriated the club’s hierarchy as they eventually crashed out of the tournament.

Raiola said, as cited in Mirror:

“I can say that it’s over for Paul Pogba at Manchester United. Paul is unhappy with Man United as he is no longer able to express himself in the way that he would like and as he is expected to.

“Paul needs a new team, a change of air. He is under contract for the next 18 months and it will expire in the summer of 2022.

However, I think that the best solution for both Pogba and Man United is that he goes in the next transfer window.” 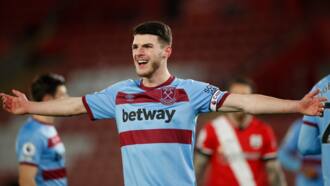 Weeks later, the agent retracted the statement somewhat, saying Pogba would probably leave Manchester United in the summer window instead.

Pogba was returned to the United starting XI in earlier December and impressed for the Red Devils in their win over West Ham.

His consistently good form means he is now one of the first names on Solskjaer’s team sheet, and his goal in the win over Burnley saw United go top last time out.

Meanwhile, Legit.ng earlier reported that Nigeria international Odion Ighalo has insisted that playing for Manchester United is an achievement.

The striker’s deal with the Red Devils expires at the end of this month having joined them from Shanghai Shenhua in January 2020.

He scored five goals and one assist in 23 appearances across all competitions but this campaign has been very challenging for the striker.