– Federal government had fixed January 19, as the deadline for linking SIM cards with NIN

– Funso Aina, the senior manager, external relations, MTN Nigeria, said the company would not block SIM cards until after the deadline

Amid the rumour that Subscribers Identification Modules (SIM) cards are being blocked before the deadline set for the linkage with the National Identity Number (NIN), mobile network operators in Nigeria including Airtel and MTN have dismissed claims.

Punch reports that the federal government had ordered telecommunications companies to deactivate telephone lines of subscribers who failed to link their phones to their NIN. 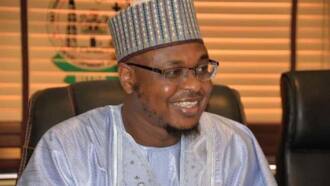 According to the report, some subscribers complained that telcos have started blocking their SIM cards before the deadlines announced by the government.

In his reactions, the senior manager, external relations, MTN Nigeria, Funso Aina, said the operator has not started blocking SIM cards not yet linked with NIN.

“It is not true that we have started blocking SIM cards not linked with NIN.”

The vice president, corporate communications and CSR, Airtel Nigeria, Emeka Oparah, told the newspaper that no subscriber has been blocked yet.

It would be recalled that the Presidential Task Force (PTF) on COVID-19 had frowned at the large crowds at NIMC offices all over the country while it called on the minister of communications and digital economy, Isa Pantami, to shut down some NIMC offices over non-adherence to COVID-19 protocols.

Meanwhile, Legit.ng had previously reported that the federal government justified the ultimatum it issued to Nigerians mandating them to link their SIM cards to the National Identity Numbers (NIN) or risk disconnection.

It was reported that the minister of communication and digital economy, Isa Pantami, stated that the government gave everyone about 12 months to complete the exercise.