Manchester United midfielder Bruno Fernandes made history in the Premier League after becoming the first player to clinch the player of the month award four times in the same year.

He scored three goals and four assists in the month under review to emerge victorious above fellow contenders.

The 26-year-old who joined the Red Devils in January 2020 started on a very bright note for Ole Gunnar Solskjaer’s side after claiming the February edition. 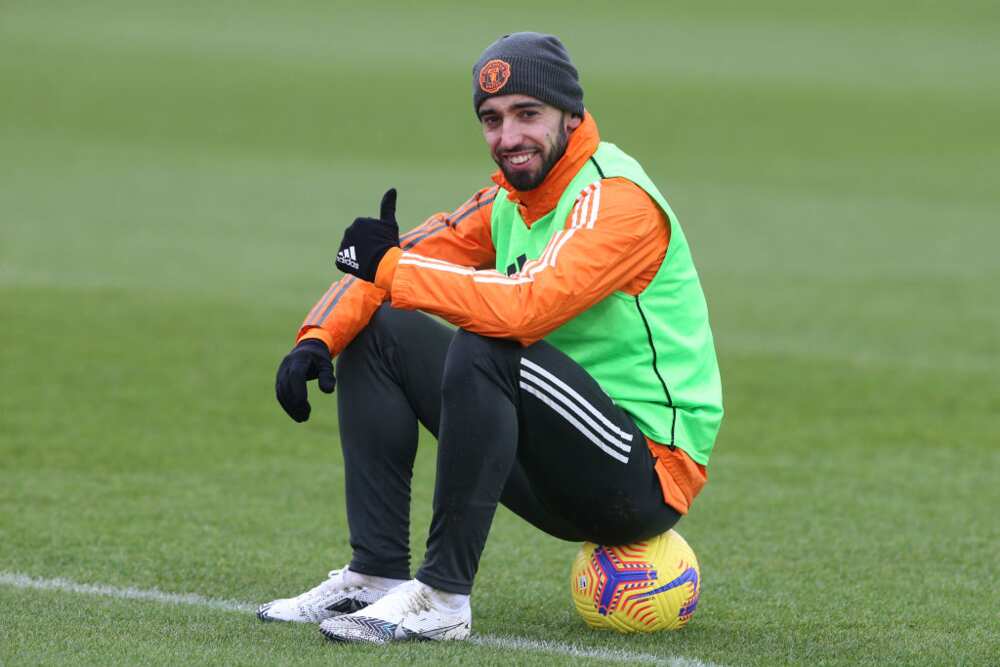 Bruno Fernandes is the first player in the Premier League to win four EPL player of the month award four times in a single year.
Photo by Matthew Peters/Manchester United.
Source: Getty Images

Fernandes also won in June and November before eventually crowning his efforts for the outgone year with his fourth award in the same year.

The former Sporting CP attacker started the last month of 2020 on a good note after inspiring United to a 3-1 comeback win at West Ham United as a half-time substitute, assisting Paul Pogba for the equaliser.

He then scored twice and created another in a 6-2 victory over Leeds United, before being involved in all three goals against Leicester City and Wolverhampton Wanderers.

The Old Trafford outfit currently sits at the summit of the Premier League table with three points better than the defending champions Liverpool and Fernandes sure has a hand in that.

According to ESPN, His four wins bring him level with compatriot and former United attacker Cristiano Ronaldo, who won four during his six-year reign at the same club. 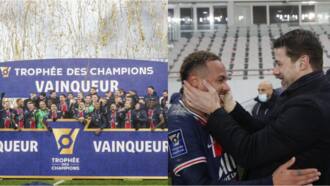 Just in: Top manager wins first ever trophy just 12 days after being appointed by European giants

Meanwhile, Manchester City legend Sergio Aguero is the player with the most EPL player of the month awards having won it seven times.

Legit.ng earlier reported that Manchester United’s midfield sensation Bruno Fernandes has bagged the Premier League player for the month of November award following his four goals during the month.

The Portuguese midfielder, who joined the Red Devils on the January transfer deadline day, found the back of the net four times and also got an assist during the period.

Fernandes has now won the prestigious award three times in ten months having also claimed it in February and June.