Manchester United legend Wayne Rooney has officially retired from professional football after being named as the new manager of Derby County on a permanent basis.

This latest development will be a cheering one for the Premier League legend who was known for his brilliant goal-scoring skills during his active playing time.

Since Philip Cocu was sacked in November last year, Wayne Rooney has been the interim manager of Derby County before his appointment was confirmed on Friday afternoon, January 15.

After shining for England at Euro 2004 which was his first international tournament, he then signed for Manchester United in a transfer worth £25million at the age of 18. 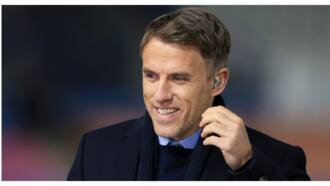 He went on to become United’s all-time record goalscorer with 253 goals in 559 games over 13 largely successful seasons.

”My whole life has been playing football, so I’m fortunate that I’m still part of it. It’s a new chapter for me. Will I miss playing? Of course.

”But, time doesn’t stop. I’ve had my time, it’s time for the younger generation to have their time and for me to guide them.

”My future is in management. I’ve had a great career with a few ups and a few downs, but I wouldn’t change anything.” The 35-year-old starred with some superstars including the likes of Ryan Giggs, Cristiano Ronaldo, Edwin van der Sar, and several others during his reign at Old Trafford.

He revealed that he had to understudy the retired footballer while preparing to move back into midfield later in his career.