– Napoli confirmed the latest development about the Super Eagles striker

Napoli who are Italian Serie A giants have confirmed that Nigerian striker Victor Osimhen has tested positive for COVID-19 again after days of isolating himself after he returned from Nigeria.

This news will come as an heartbreaking one for Napoli fans and coaching crew considering the number of games the Super Eagles striker has missed this season.

Victor Osimhen has not played for Napoli since he got injured while featuring for the Super Eagles in their AFCON 2022 first qualifying encounter against Sierra Leone in Benin.

He was at his best in the encounter for Nigeria before being injured and even missed the return leg in Freetown which also ended in a draw.

Napoli had to to fly Victor Osimhen to Belgium for more treatment before the Nigerian returned to Italy days before Christmas.

Osimhen then traveled to Nigeria to celebrate his 22nd birthday and he was even spotted dancing in public without covering himself with face mask.

Upon his return back in Italy, Victor Osimhen was tested positive for Coronavirus and this was said to have made the club’s chiefs angry.

According to the the latest confirmation by Napoli, Victor Osimhen will still have another test this week.

”The molecular nasopharyngeal swab carried out this morning to the footballer Victor Osimhen, gave a positive result to Covid-19. The player will repeat the test this week.” 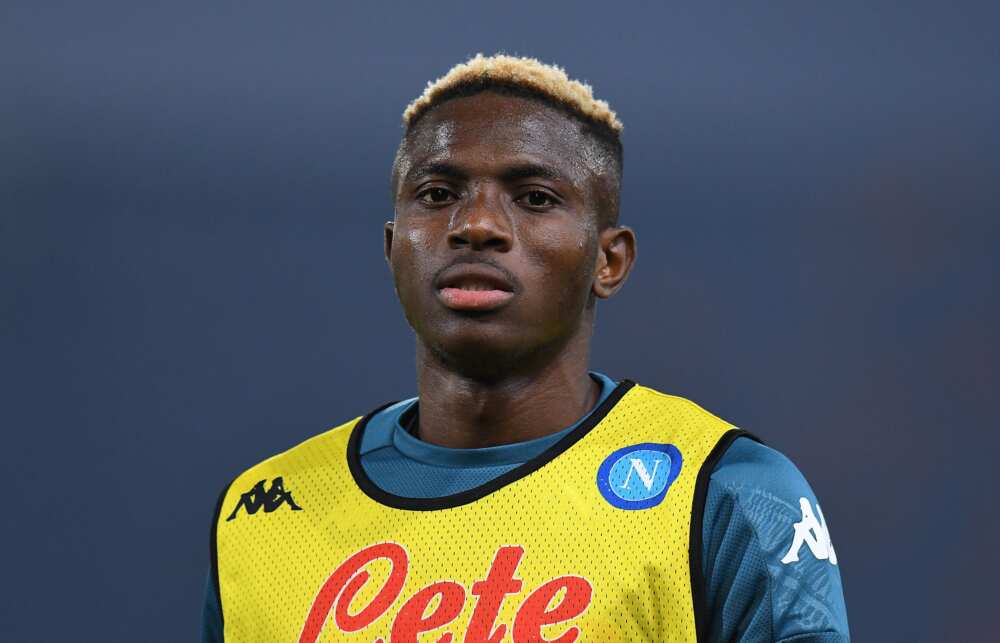 Earlier, Legit.ng had reported how Alex Iwobi who is a Nigerian footballer currently playing for Premier League side Everton explained that Super Eagles players were stoned by fans in Benin City after draw against Sierra Leone. Gernot Rohr and his men were forced to a 4-4 draw in the 2022 African Cup of Nations qualifiers against Sierra Leone in which the visitors came back to pick a point in Benin.

Alex Iwobi was in his best game for Nigeria in the match against Sierra Leone in Benin as the former Arsenal striker scored a brace for the three-time African champions.

Super Eagles players were woeful in the second half as they allowed Sierra Leone to come back into the game and ended the battle in a draw.