– The minister assented the contract documents alongside a representative of Mota-Engil Group, the project contractor

The federal government has signed a $1.959 billion contract document for the commencement of the Kano-Maradi and Kano-Dutse railway project.

Buhari Sallahu, a personal assistant to Presiden Muhammdu Buhari on broadcast media, made this known on Monday, January 11.

Representing the federal government in the signing of the contract is Rotimi Amaechi, minister of transport, who disclosed that the project contract, Mota-Engil Group, has also agreed “to build a University as part of their CSR while working on the project.” 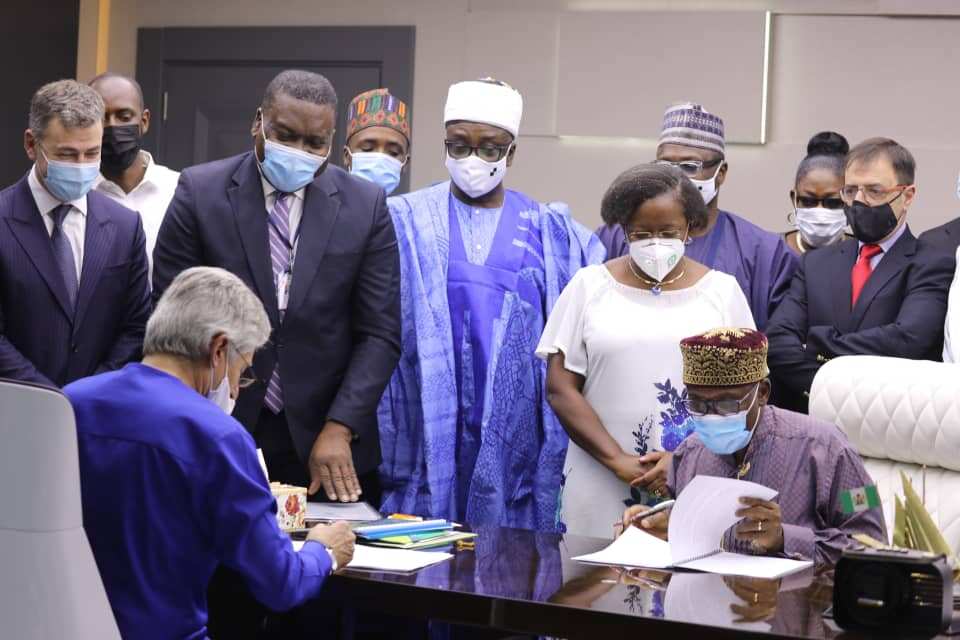 The event happened in Abuja with Antonio Gvoea representing Mota-Engil Group in the signing of the Memorandum of Understanding (MoU).

“Today, we signed the contract documents for the commencement of the Kano-Maradi, Kano-Dutse railway project. The contractor, Mota-Engil Group, a Multinational Engineering & Construction firm has also agreed to build a University as part of their CSR while working on the project,” Amaechi said in a tweet.

Amaechi said the 283.750-kilometre rail line will be integrated with road transport and would make a great contribution to the local economy as well as an important development in the social sector.

Besides this, the minister who is a key cabinet of the present All Progressives Congress (APC)-led government said the rail line will help in developing freight and passenger transport.

He further added that project duration is for 36 months and the contract type is engineering, procurement and construction.

The minister also stated that the inauguration of the Lagos-Ibadan rail line has been put on hold due to the rising case of COVID-19 infection across the country.

So Sad! FG blocks recruitment of 5,000 into NDLEA, gives reason

Meanwhile, Legit.ng reported that despite political differences, President Muhammadu Buhari approved the naming of the railway complex in Agbor, the operational hub of Itakpe-Warri rail line, after his predecessor Goodluck Jonathan.

Rotimi Amaechi made this confirmation on Saturday, July 18, through a tweet by the presidential aide, Tolu Ogunlesi.

The transport minister said the Itakpe-Warri rail line will now be acknowledged as the Goodluck Jonathan Railway Station and Complex.