– According to the octogenarian, the cows destroyed what he laboured for in the past one year

An 82-year-old farmer identified as Hitler Nwabudein has lamented the alleged destruction of his cassava farmland and yam barn by cows belonging to suspected Fulani herdsmen.

The octogenarian, who is from Akumazi Umuocha, Ika Northeast local government area of Delta state, said the cows destroyed everything he laboured for in the past one year.

He made the disclosure on Monday, January 11, when he spoke to Ika Newspaper in Akumazi Umuocha, Linda Ikeji Blog reports.

Legit.ng notes that the farmer said:

“When I got to my farm, what I saw was a disaster. My cassava, yam barns, and sugar cane have all been destroyed.”

He called on Governor Ifeanyi Okowa to come to their rescue before farmers in the state start taking law into their hands. The farmer said he and others would not accept to be slaves in their lands.

According to him, the case has been reported to Umunede Divisional Police. 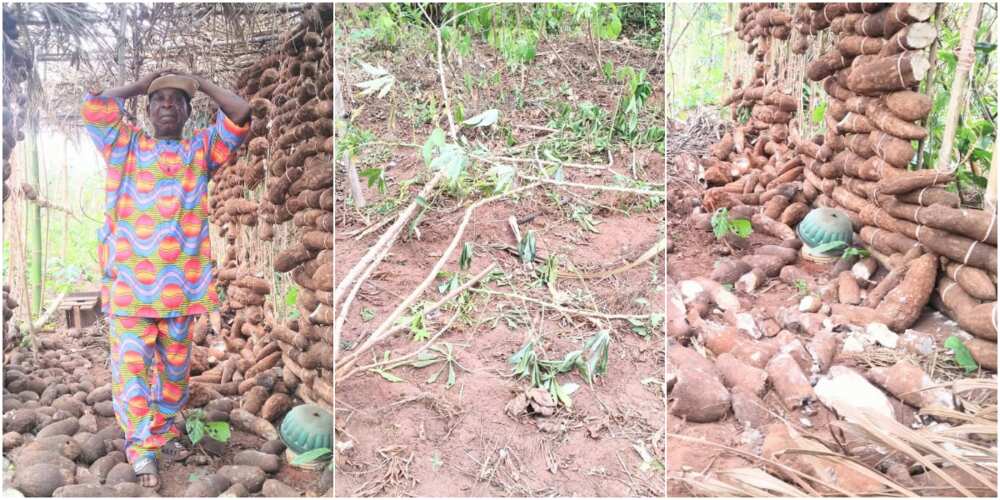 Nwabude said he feeds his family with the proceeds he earns from his farm land as he does not have any other means of livelihood.

In other news, the federal government has a plan for herdsmen, to stop them from roaming all over the country.

This is the position of the government as revealed by Garba Shehu, a presidential spokesman. According to him, this will help prevent clashes with farmers.

He said this in reaction to allegations raised by a member of the Peoples Democratic Party (PDP).