– Ikimi, a former minister, says the Obiozor is a unifier that will help to advance the south east at this critical time

The election of Professor George Obiozor as the president of the Ohanaeze Ndigbo, the apex socio-cultural body in the south-eastern part of Nigeria, is one of the best decisions reached by the leaders of the zone, Tom Ikimi, a former minister has said.

Ikimi, who was minister of external affairs and currently a senior member of the Peoples Democratic Party (PDP), said this in his congratulatory message to the Igbo people and the newly elected president.

In the message he personally signed and sighted by Legit.ng, Chief Ikimi expressed optimism that Professor Obiozor would bring his experience to bear on the tasks before him in relation to the advancement of the south-east. 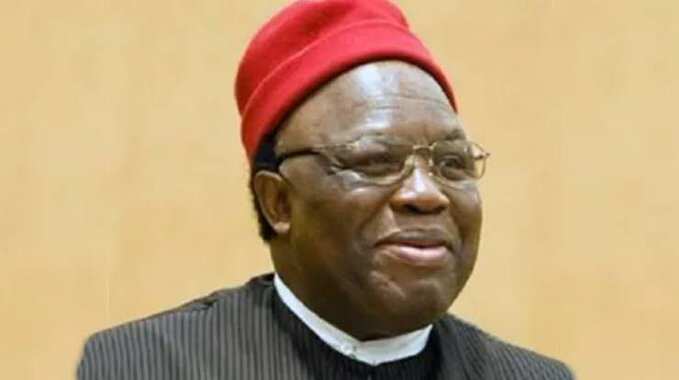 Ikimi, who personally signed the message, said the election of Obiozor came at the right time for the Igbo nation at a critical period of the nation’s history.

While congratulating Chief John Nnia Nwodo for successfully completing his term as president of the body, Ikimi said:

“I have received with utmost pleasure the news of the election of Ambassador George Obiozor as the new president general of the apex Igbo socio-cultural group, Ohanaeze Ndigbo.

“The Igbo nation could never have made a better choice, particularly at this time of our nation’s evolution other than this erudite scholar and exquisite diplomat, who has earned my respect over the past three to four decades of our association”. 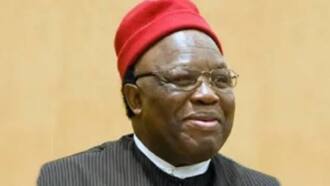 He recalled the positive roles played by Obiozor in Nigeria as a former director-general of the Nigerian Institute of International Affairs (NIIA) as well as during his period as Nigeria’s ambassador to Israel, Cyprus  and the United States of America.

He described the new leader as an accomplished academic who would blend well.

“The quest by the Igbo nation to play significant roles in the Nigerian nation will find an appropriate leadership in this new president-general, who over the years has established very robust contacts across the country”.

“Ambassador Georgy, I pray that God grants you good sound health in the years ahead and a very successful history making tenure”.

Legit.ng earlier reported how Professor Obiozor emerged as the president of the organisation in an election that had some controversies.

The report, however, had it that other candidates for the position of the president-general boycotted the election.

Anxiety in southeast as a new faction on Ohanaeze emerges, reveals its grievances