– The Belgian goalkeeper stated that Real Madrid players are not puppets

Real Madrid players were expecting the Spanish football League body to postpone their game against Osasuna due to heavy snowstorm in the country which affected many things.

But despite the situation, La Liga chiefs gave the green light for the match to be played in which snow continued to fall during the game.

Zinedine Zidane and his men were unable to find the back of the net in this encounter as Osasuna forced them to a goalless draw. 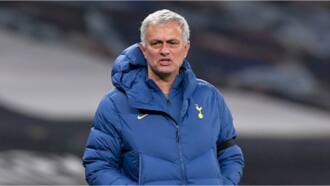 According to the report on UK Sun, Thibaut Courtois stated that the Spanish football chiefs should not have allowed them to go through the stress.

“We have done what was asked, as if we didn’t come they would have docked three points from us. But I don’t think it’s safe, we aren’t puppets that always have to play.

“We made the effort today, but we have to think about these trips and the logistics needed to return home.”

Meanwhile, Real Madrid are currently occupying second position on the Spanish La Liga table with 37 points after 18 games played so far this season. 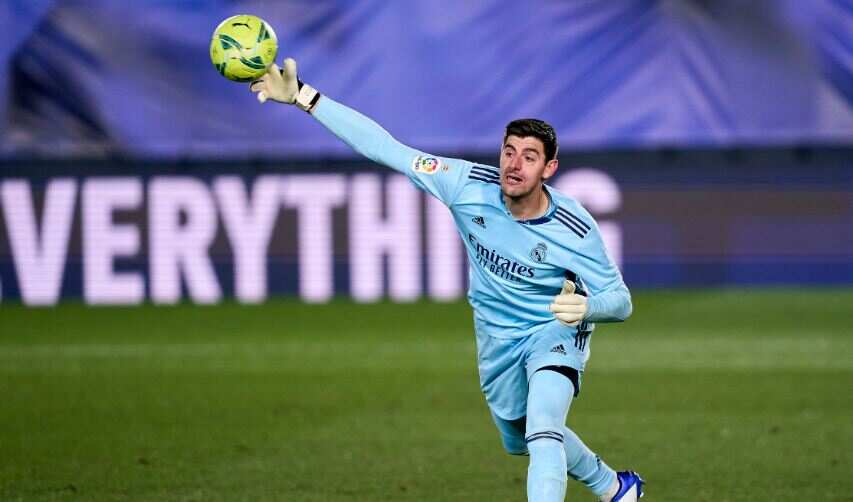 Earlier, Legit.ng had reported how Thibaut Courtois had his say regarding the better player between superstars Cristiano Ronaldo and Lionel Messi.

The Real Madrid goalkeeper has stated that both legends should not be compared, adding that the Portuguese captain is more athletic, while his Argentine counterpart is more naturally talented. 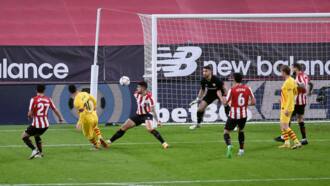 Courtois who spent 8 seasons at Premier League club Chelsea said both players have different talents and that the world can only enjoy their era.

Lionel Messi is 33 and Ronaldo is 35 meaning both players are now in the twilight of their respective careers, but they have set unprecedented records respectively.

The Belgium goalkeeper is one of the rare goalkeepers who have played against both players and he is preparing for another showdown with Messi ahead of the El Clasico.