Mikel’s Stoke City were knocked out of the FA Cup 4-0 in the third round by the Foxes at the Bet365 Stadium.

James Austin, Marc Albrighton, Ayoze Perez and Havery Barnes all found the back of net each in the encounter to help the Foxes cruise to the next round of the prestigious competition.

Ndid played against his former mate in the midfield Mikel, but the youngster, despite seeing his side’s victory in the encounter, has applauded the former Super Eagles captain. 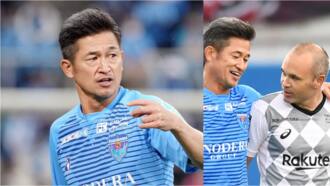 Mikel announced his retirement from national team football shortly after helping Nigeria win bronze medal at the 2019 Africa Cup of Nations in Egypt.

The 33-year-old took to his social media page to confirm his decision saying he ended his senior career exactly where he started in 2006. Wilfred Ndidi is delignted to have played against Mikel in the FA Cup.
Photo: James Williamson
Source: Getty Images

In 2013, the former Chelsea midfielder was part of late Stephen Keshi team that won the championship in South Africa.

During his 14 year reign at the senior national team level, Mikel scored six goals in over 85 matches as he also played in two Fifa World Cup tournaments and four Africa Cup of Nations, where he won the title in 2013 and a bronze medal in 2019.

He became Stoke’s fourth signing of the current campaign after Morgan Fox, James Chester and Steven Fletcher – as the club expressed delight on his arrival. 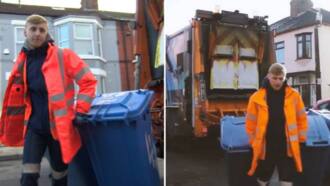 He played over 370 matches for the Blues before joining Chinese Super Eagles side Tianjin Teda on a brief spell.

Meanwhile, Legit.ng earlier reported that John Terry has taken a swipe on former team-mate Mikel Obi over the Nigerian’s first goal for the Blues during his time at the Stamford Bridge club.

Both players combined well the midfield at Chelsea for 11 years winning several trophies together before the pair departed in 2017 respectively.

During his time at the club, Mikel scored only one goal in the Premier League despite playing a staggering 249 matches, although he had five more goals from other competitions.