A magistrate court sitting in Wuse Zone 2, Abuja, has given some conditions that must be met before a journalist, Omoyele Sowore, can be released from prison on bail.

Sowore and four other activists were arrested by the police on New Year’s eve for holding a protest against the government.

The conditions were given by Chief Magistrate Mabel Segun-Bello on Monday, January 11, when ruling on the bail application filed by the defendants, The Cable reported. 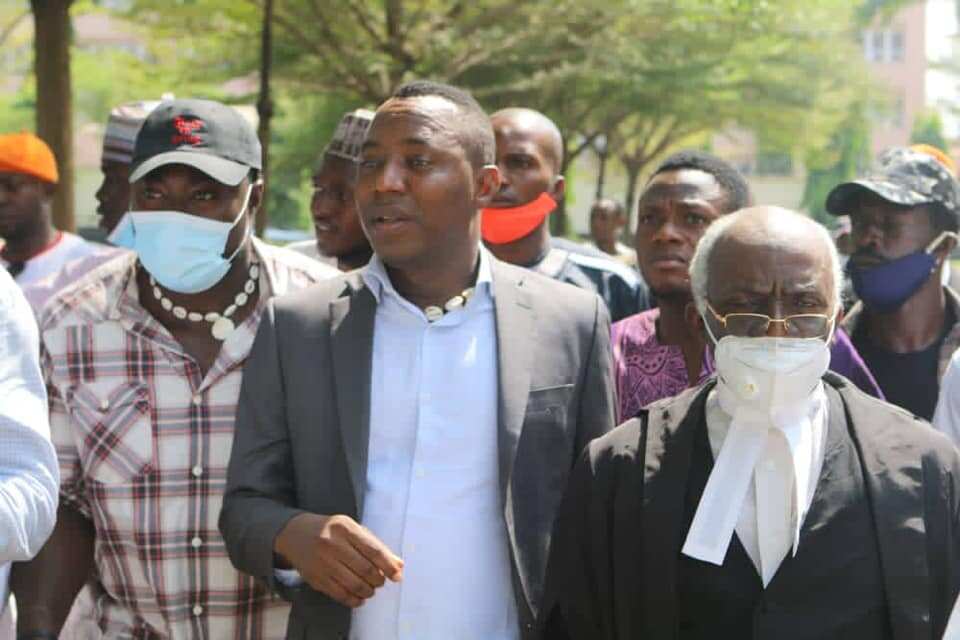 These 5 conditions that must be met before Sowore can be released from prison – Abuja court declares
Source: Facebook

According to the conditions:

1. The court admitted Sowore to bail in the sum of N20million.

2. The magistrate said the journalist should present two sureties in like sum (N20million).

3. The court ordered that one of the sureties must be a civil servant not below grade level 12 in the federal civil service.

4. Mabel Segun-Bello ruled that the sureties must reside in Abuja metropolis with landed properties and known addresses

5. The magistrate also ordered Sowore to remain in Abuja. He is also not expected to travel outside Abuja and the country.

6. According to the magistrate, Sowore must physically report to the court registrar every Monday and Friday pending the hearing and determination of the case against him.

According to Vanguard, the magistrate also granted bail to the other defendants with a bond of one million each.

She mandated them to produce one surety in like sum who must be resident in Abuja with an identifiable workplace and residential address.

Sowore and the four other activists are standing trial for alleged unlawful assembly, criminal conspiracy, and inciting public disturbance.