Chelsea midfielder N’golo Kante has been ruled out of his side’s FA Cup third-round fixture against Morecambe at Stamford Bridge on Sunday, January 10.

Blues boss Frank Lampard gave the update while addressing the media during his pre-match conference earlier this weekend.

The 42-year-old club legend also revealed that Reece James and Andreas Christensen will not be available for selection against the lower league side.

He further revealed that the former Leicester City star is suspended for his side’s EPL game against struggling Fulham at Craven Cottage next weekend. The former Derby County handler was quoted by Goal saying: 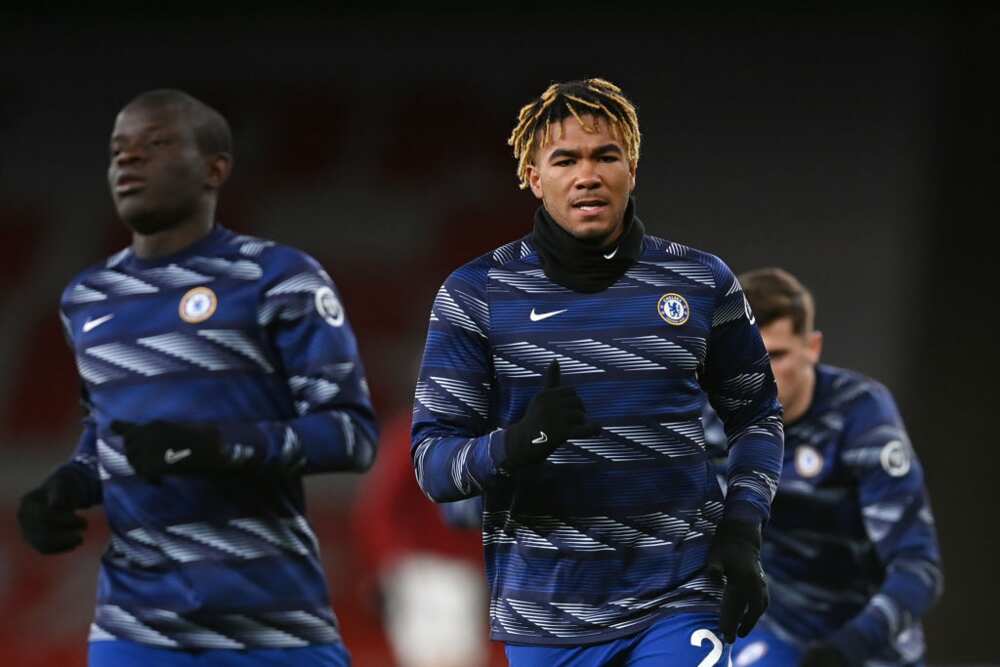 “Reece James is out for the game, although he will be training with us tomorrow. It’s the same as Andreas Christensen, and Kante is out also with a minor hamstring injury.

“So he misses this game and is suspended for Fulham anyway, so we’ll get him right. Those three are out.”

Christensen’s suffered a setback during his side’s 1-1 draw with Aston Villa as a heavily rotated team dropped points against Dean Smith’s high-flying side. Lampard added.

“It was from that moment in the Villa game. It’s probably a typical modern-day reaction where Andreas has taken stick. He’s out but the injury isn’t too bad which is good news for him. He’ll be back training with us tomorrow.”

Although Lampard has been under immense pressure in the Premier League, dispatching the League Two outfit in the cup competition should not be an issue for the former midfielder.

The Stamford Bridge outfit has won just one of their last six EPL games while they currently occupy the ninth position with 26 points – seven points behind log leaders; Liverpool and Manchester United. 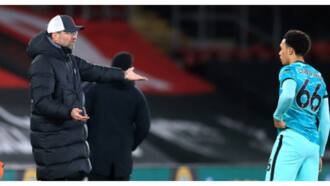 This also puts their title chances under serious doubt and Lampard’s job under serious threat with reports claiming some coaches are being shortlisted already as replacements for the 42-year-old.

Legit.ng earlier reported that Frank Lampard will not be letting some players leave Chelsea during the January window following the injury to Andreas Christensen.

Fikayo Tomori has been linked to Premier League club Leeds United but with the injury to the Danish defender, the England center-back could be forced to remain at Stamford Bridge.

Christensen was struck with injury during the draw with Aston Villa and could keep him on the sidelines for a long period of time which could affect Tomori’s exit.