– The position was put forward by the Afenifere group, a Yoruba socio-cultural organisation

– Added to this, Afenifere the exercise has exposed many Nigerians to the virus already

A southwest socio-cultural group, Afenifere, has lamented that the ongoing National Identification Number (NIN) exercise in the midst of the second wave of COVID-19 is irresponsible.

Afenifere in a statement on Friday, January 8, said that the registration process reveals the federal government’s disregard for the safety of Nigerians at such a crucial time, Nigerian Tribune reports.

The group referred to the government’s approval of the process at this time as being barbaric and unthinkable. 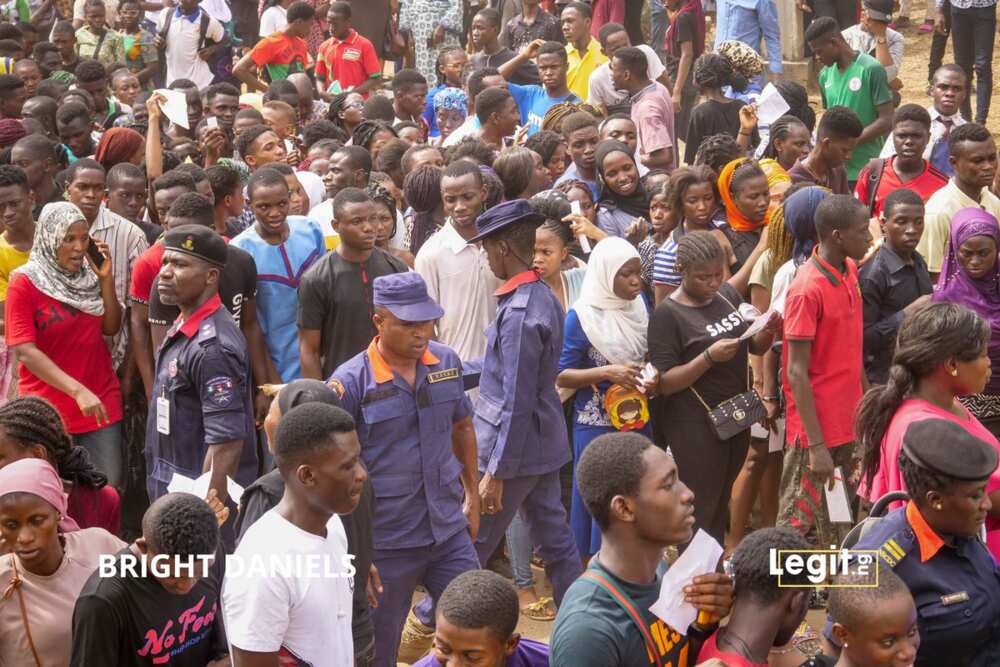 Afenifere said approving the NIN registration during the COVID-19 is barbaric on the part of the government
Source: Facebook

Part of the statement said:

“It is so barbaric and archaic that Nigerians are being exposed to these dangers which shows lack of critical thinking in leadership when bodies like Google etc can manage whatever information on people’s phones without having any contact with the owners.”

Moreover, Afenifere called on the government to respond to claims by the National Identification Management Communication (NIMC)’s unit of the Association of the Senior Civil Servants of Nigeria that some of its staff members have already tested positive for the virus.

Meanwhile, officials of the NIMC had decided to embark on a nationwide strike beginning from Thursday, January 7.

The NIMC staff who staged a protest on Thursday complained that they had been denied allowances and a suitable working condition in the midst of the COVID-19 pandemic.

The leader of the protest in Bayelsa, Paul Soroh, lamented that as personnel work hard to ensure all Nigerians get their National Identification Number (NIN), the federal government on its part had failed to provide necessary tools for them to carry out their duties efficiently. Soroh also disclosed that officials of NIMC were yet to receive Personal Protection Equipment (PPE) despite being listed as workers during the lockdown.