– The photo showed him watching Pastor Joel Osteen as he preached

Nigerians singer Davido has taken to his social media page to show a side of him that millions of his fans and followers do not know.

In a recent photo that the father of three shared on his official Instagram page, the Blow My Mind crooner was spotted seating on a sofa as he watched US Pastor Joel Osteen preach. 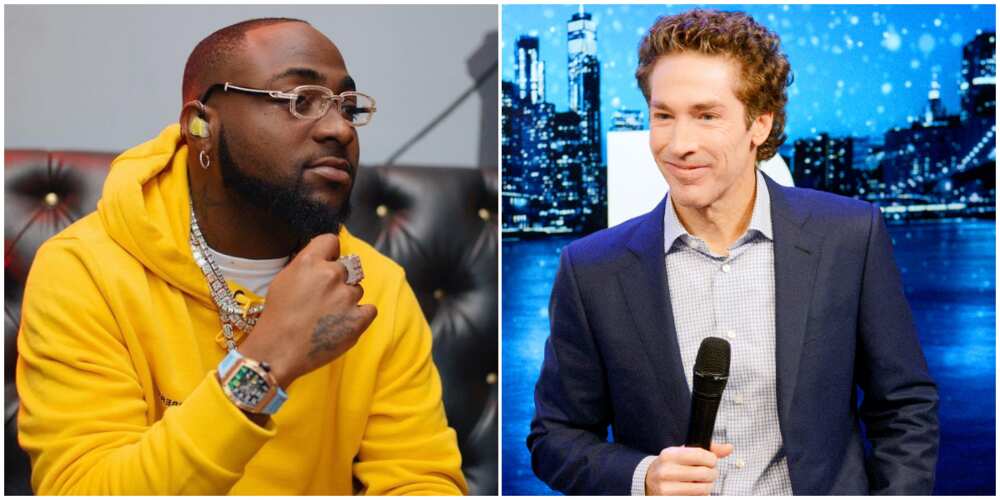 Davido’s TV showed the American pastor demonstrating with hands while the Nigerian singer bent his head a bit while watching him.

In the caption that accompanied his post, the Omo Baba Olowo crooner stated that he started off his morning with Pastor Osteen’s sermon. According to him, the pastor preaches facts.

The singer’s post generated a lot of reactions as his fans took to his comment section to share various beautiful emojis to express how they feel about his photo.

In other news, Legit.ng earlier reported that Davido and his sister Rona were spotted studying the Bible on their family private jet.

In a video shared on his sister’s Instagram page, the siblings were seen reading their Bible together.

The singer’s sister who is popularly known as Rona and lifeofrona on her Instagram page was seen explaining somethings in the Bible to her brother and Davido was spotted in the video listening attentively. Davido also shared a photo of the moment on his Instagram story. He stated that they had a Bible study.

Meanwhile, the singer was spotted partaking in a praise and worship session reportedly in Asaba, Delta state. In the video, the singer is seen excited playing the drums while the congregation sang and danced to worship songs.

I am not jealous of Davido – B Red | Legit TV