It is indeed a moment of joy and celebration for Nollywood actor and movie producer, Omogoriola Hassan, who has just been confirmed as the Olu of Uba Land, Imobi Kingdom.

The actor had previously been installed as a king-elect of the land but a recent consultation with the oracle of the land has now confirmed his status as the one true king.

Oba Omogoriola recently took to his official page on Instagram with a video that captured the moment chiefs of the town made an Ifa consultation to ascertain if he is the right candidate.

A step towards retirement? Singer Davido joins father’s company as a director 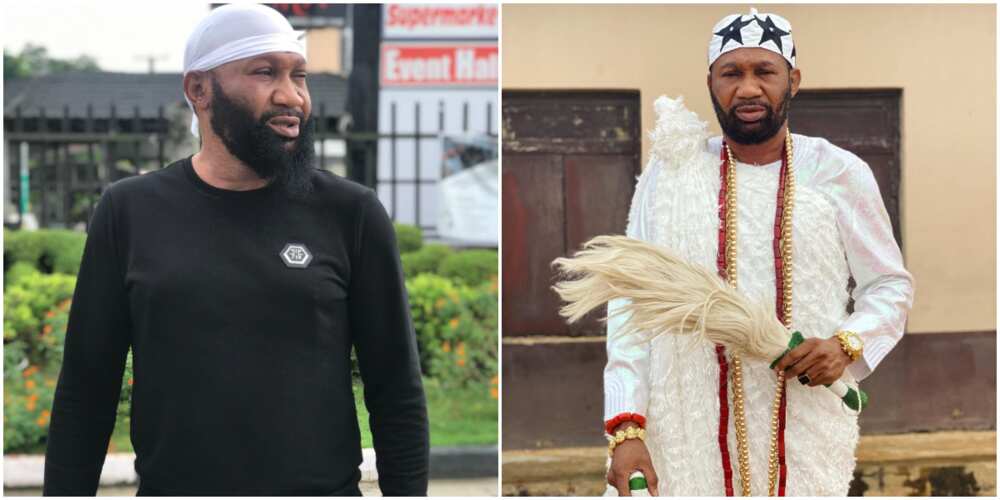 According to him, the consultation became necessary as many have now resorted to using money and influence to snag traditional titles.

“The office of an Ọba in Yoruba land is an hereditary office that is maintained by Royal families, but in order to be the one that is confirmed as an Ọba the chief priest and the town elders would perform an IFA consultation to confirm if they have the right person because many use influence and money to attain this sacred office.”

In the video, the new monarch alongside other chiefs gathered around a high priest who made a consultation to the oracle.

The monarch also expressed his happiness after the consultation with the oracle confirmed him as the one true king of the land.

He expressed gratitude to the Lord, friends and family who have been with him on the journey so far.

The new king was formerly married to Nollywood actress Ayo Adesanya and they have a son together.

In a similar story, Legit.ng previously reported that Big Brother Naija (BBNaija) reality star, Laycon, was installed as the Akeweje of Ipokia kingdom, in Ogun state.

The 2020 BBNaija winner on January 3, received the title from Oba Yisa Adesola Olaniyan, the Onipokia of Ipokia.

A video from the ceremony has since gone viral on social media.