– As America’s democracy faces its trying period, a top White House official has resigned with two other reportedly said to follow suit

In an unprecedented turn of events, the US Capitol was on Wednesday, January 6, attacked by supporters of President Donald Trump in what led to the death of four people as multiple injuries recorded on both law enforcement officers and protesters.

The Senate were about to certify Joe Biden of the Democratic Party’s win in the November 3 presidential polls when the seat of the congress was breached by the pro-Trump supporters, leading to the evacuation of the lawmakers. Unbelievable! See what Twitter, Facebook did to Trump’s accounts after US president’s supporters unleashed violence on Capitol Hill

Biden was leading Trump of the Republican Party before the session was interrupted on Wednesday by the angry rioters, CNN reports. 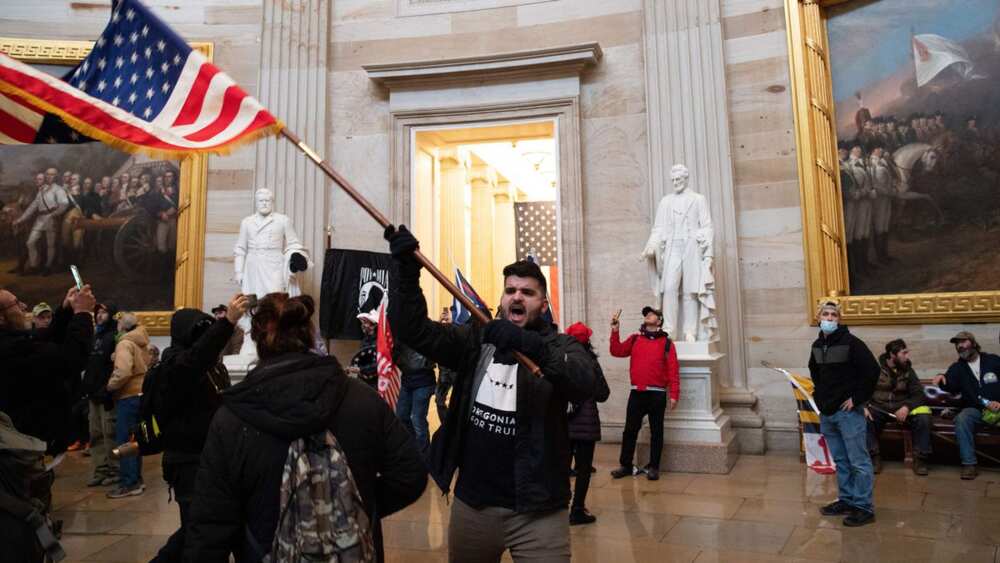 Trump’s rhetoric and delusional claims of victory were said to have triggered the mass attack on the legislative chamber, with many Democratic congresswomen now contemplating removing the US president as the Senate reconvened.

Trump has less than two weeks to the end of his tenure.

As at Wednesday when the incident happened, Trump’s top aides, including national security adviser Robert O’Brien and deputy chief of staff Chris Liddell, were considering resigning.

In another turn of event, the effort by President Trump to steal the United States of America presidential election met a dead end as Vice President Mike Pence told him that the plan will not be possible. BREAKING: Trump faces removal from office few days to handing over after supporters invaded US Capitol

This comes as Pence is set to chair the certification and congress counting of electoral votes.

Describing Trump’s action as presidential, Pence formalised his views in a letter to lawmakers, declaring he has no “unilateral authority to decide presidential contests” and could not change the results of the election.