– Governor Mai Mala Buni of Yobe has reacted to the attack, describing it as tragic and unfortunate

Geidam town in Yobe state has been attacked by men suspected to be Boko Haram members with the community’s district head whisked away by the insurgents.

According to The Nation, the Boko Haram terrorists invaded the community on Wednesday, January 6, and started shooting sporadically and causing pandemonium.

A witness told the publication that shops and stores in the town were broken with food items and other provisions stocked looted before they were set ablaze.

Mulima Mato, a former chairman of the local government, also saw his house set ablaze by the assaulters who also injured some residents of the community before they left on their motorcycles. 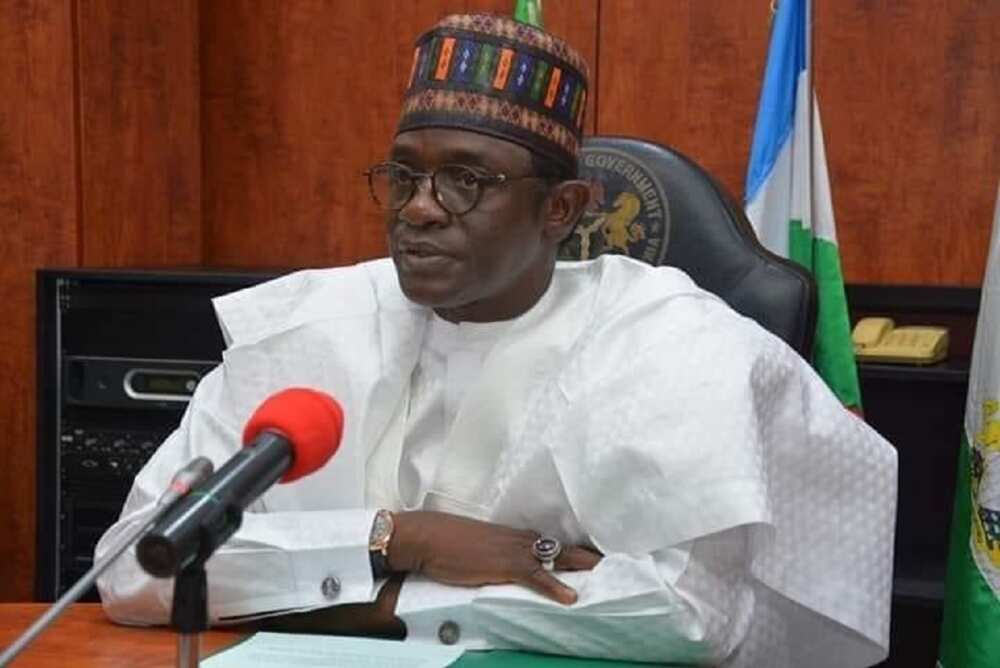 Abdulkarim said two bodies have been found as a burnt Hilux vehicle has also been recovered.

In a statement by his spokesperson Mamman Mohammed, the governor also directed that prompt assessment of the destruction must be done, describing the attack as unfortunate.

“The attack came at a time when there is a general improvement in peace and security across the state.

“The general improvement in security and support provided by government has given our people the opportunity to gradually resettle and reclaim their means of livelihood.”

BREAKING: After Chibok abduction, terrorists kidnap another set of girls in this northern state

In a related development, the Chief of Army Staff, Lt-General Tukur Buratai, said that Nigerian troops will turn the table on the insurgent forces like Boko Haram, ISWAP, and bandits who are disturbing the country in 2021.

The army chief gave the assurance on Thursday, December 31, 2020, at the TY Buratai Institute for War and Peace in Biu local government area of Borno state.

Speaking during a sit-out to mark the end of 2020 and the beginning of 2021, Buratai said all the terrorists will be shamed and utterly disgraced in the new year.