Rapper Erigga takes a swipe at Bobrisky, ladies who deceive others about effectiveness of waist trainers

– Erigga’s tweets were received with mixed reactions from his followers

Indigenous rap musician Erigga has taken to social media with a tweet in which he took a swipe at ladies, especially those are keen on following the controversial words of crossdresser Idris Okuneye aka Bobrisky.

Erigga in his tweet asked ladies if they are only following the words of the crossdresser or they have always paraded themselves as ‘call girls’ even before Bobrisky spoke up. 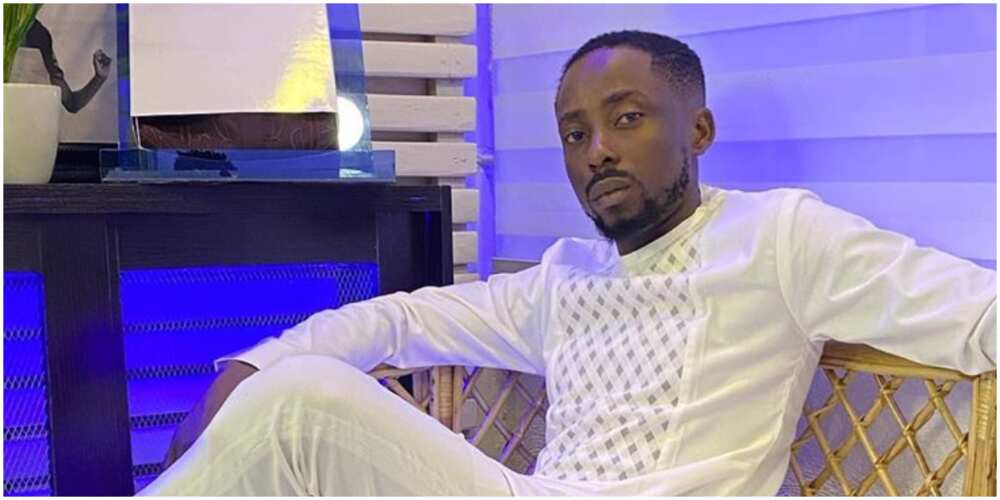 A female follower who responded to the tweet had this to say:

“BOBRISKY’s advice is not bad though, she legit says things the way things are, I have been a fan for years and wouldn’t stop She’s a vibe mehn, No lies. Now the question is DO I HAVE THE MIND TO DO THE THINGS SHE ADVISES? Low key I wish I have the mind to follow that part.”

Another female follower also told Erigga that the words of the crossdresser hold a little sense. See tweet below:

In a different post, the rapper also took a swipe at ladies who go other the knife to work on their bodies and return to deceive others about the efficacy of waist trainers. Erigga described such ladies as ‘yahoo girls’.

Here’s what a follower who agreed with the rapper had to say:

Another follower also called out those who use cheap bleaching creams and come out to deceive others into buying organic creams.

Some months ago, Legit.ng reported that the rap star finally left bachelorhood behind and got married to the woman after his heart. Erigga took to his social media pages to share the good news and praise his new wife.

He also posted lovely photos from their traditional wedding on his Instagram page.

Bobrisky bares it all | Legit TV