The Reds were denied two potential spot-kicks in their 1-0 defeat to Southampton at the St Mary’s Stadium earlier this year.

And this forced the former Borussia Dortmund boss to lash out at the system during his post-match conference.

The Norwegian-born manager suggested that Klopp could be influencing the referees’ decisions with his comments as reported by Goal. Solskjaer said: 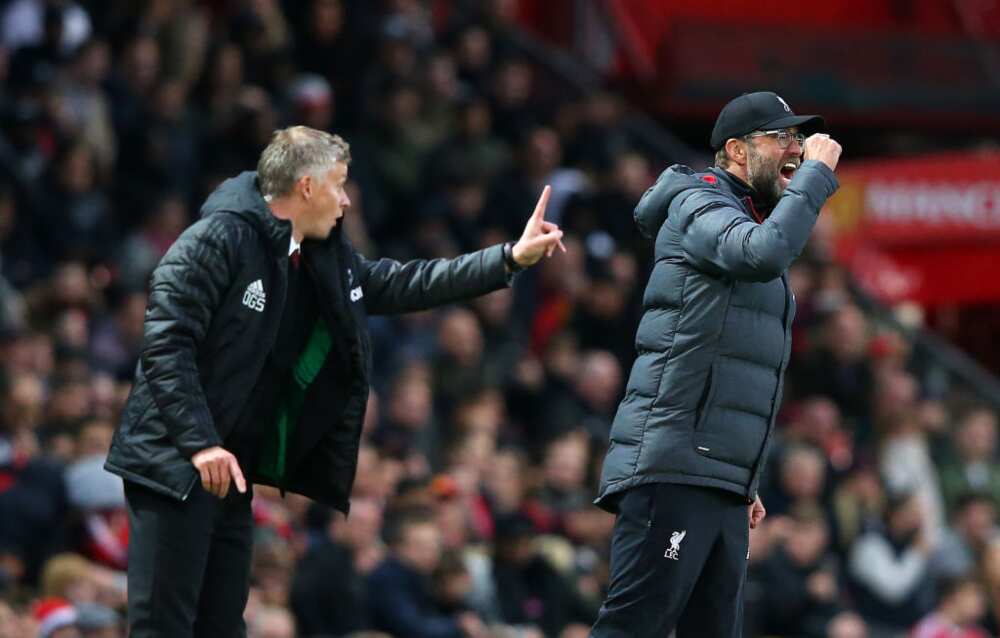 Ole Gunnar Solskjaer and Jurgen Klopp both dishing out instructions to their players during their last meeting.
Photo by Alex Livesey.
Source: Getty Images

“I don’t count how many penalties they have, so if they want to spend time on worrying about when we get fouled in the box, I don’t spend time on that.”

Meanwhile, the Reds boss could not understand how Solskjaer’s men have enjoyed more penalties in the last 24 months than his side has for some years now. He said:

“I hear now that Manchester United had more penalties in two years than I had in five and a half years. I’ve no idea if that’s my fault, or how that can happen.”

Klopp’s men will have to host Man United in their next Premier League outing later this year as they both top the table with 33 points while the Old Trafford side has played one game less.

Legit.ng earlier reported that Liverpool were denied a chance to extend their lead on the Premier League table after kicking off the New Year with a 1-0 defeat to Southampton at St Mary’s Stadium.

Danny Ings scored the only goal that separated the two sides just after two minutes and the guests could not reply.

The Reds had a potential penalty call but the referee decided to overlook their plea after Sadio Mane was said to have been fouled in the hosts’ 18-yard box.