– Dozie Nwankodu, the national coordinator of the group, said BAT-GV support for Tinubu is in the national interest

The national leader of the All Progressives Congress (APC), Asiwaju Bola Tinubu has got major support to succeed President Muhammadu Buhari in 2023.

Vanguard reports that a political group, the Bola Ahmed Tinubu Grassroots Volunteers (BAT – GV), declared that it would fully support Tinubu if he decides to contests for president in 2023.

Legit.ng gathered that the group, in a statement signed in Lagos by its national coordinator, Dozie Nwankodu, said its support was in the national interest. 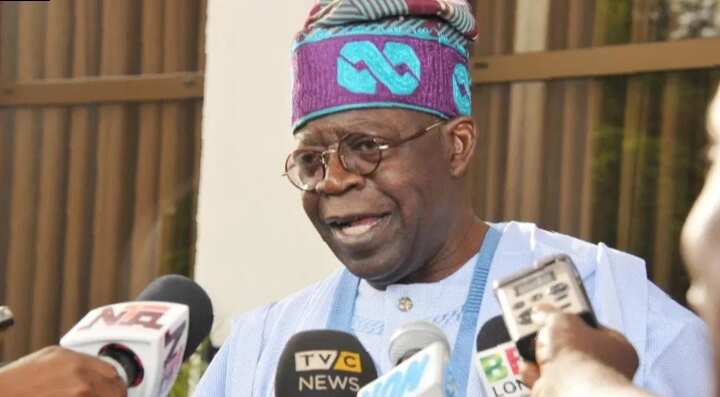 Nwankodu said that the choice of Tinubu was also premised on the sterling records of his achievements, especially in the areas of human development, democracy and peacebuilding.

He noted that Tinubu’s detribalised nature is second to none, judging from the composition of his government as Lagos state governor, which he said encompassed all tribes.

“If you critically take stock of Nigeria’s past and present leaders and their contributions to human development, you would see that Tinubu believes that the true essence of leadership is planting life-time seeds.”

He explained that Tinubu’s belief in a democratic, peaceful and united Nigeria is unquestionable, taking cognisance of his immense contributions in actualising the annulled June 12, 1993, presidential election.

The national coordinator, however, cautioned those against Tinubu’s quest for the nation’s presidency.

Nwankodu further maintained that Tinubu has more supporters across the country than he even imagines.

He said that the BAT-GV was formed as a support group in 2019, having collapsed the Buhari/Osinbajo Governance Continuity Agenda ( BOGCA), after winning the presidential elections that year.

Meanwhile, Legit.ng had previously reported that a chieftain of the All Progressives Congress (APC), Olusegun Osoba, stated that there is no gentleman agreement stating that power should be zoned to the south after the end of President Muhammadu Buhari’s tenure.

It was reported that the former governor made this known while speaking on Arise TV’s Morning Show on Tuesday, January 5, which was monitored by Legit.ng.