Lady reveals how a man broke a sister’s heart after 5 years, only to propose to a lady he called a friend, check out the details

A heartbreak story has got people wondering, analysing, and dropping hot takes on social media.

A young lady identified as @girllikekandyy disclosed how a man broke her sister’s heart after 5 years of being together. According to her, he had met their family and had even talked about marriage several times, only to break up with her less than a month ago over the phone because he was seeing another person.

The young lady continued that the man recently publicly proposed to a lady who he frequently posted her photos, and claimed was his friend all along, but he never posted her sister once in their five years of dating because he said he was a private person. 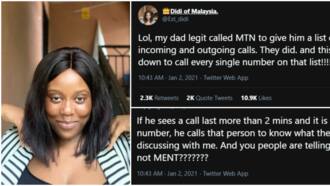 “My heart breaks for my sister. Dating a guy for 5 years. He met the family and all. Even spoke about marriage several times. Randomly he sent her a text less than a month ago while still in the relationship. We woke up today and he has proposed to the girl yesterday.”

In a follow-up tweet, @girllikekandyy said that the heartbreaker still found a way to reach her sister who had blocked him, to greet her, and tried to find out how she was doing.

Here’s what some people had to say concerning the issue.

“I can see the pain behind the “ok. Good luck” Disappointed face I hope she gets the strength to move past this phase.”

“Until I hear his side of the story.”

“This is why I’m scared of commitment cus some men are worst than the devil I hate stories like this. 5 freaking years ??? Bruh.” 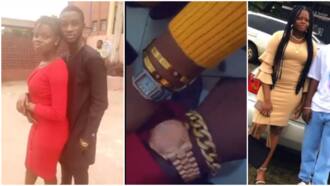 From nothing to designers: See how this couple grew together over the years (video)

“Men aren’t private about who they love. If he keeps saying he’s private he just doesn’t see a future with you… I learned the hard way last year. I’m so sorry she has to go through this. Sending her virtual hugs.”

Meanwhile, Legit.ng reported that a video trended on social media, which gave men reasons to never propose in public.

In the video, a man got his heart broken after the supposed ‘love of his life’ turned down his marriage proposal.

What was meant to be one of the happiest days in his life turned pretty sour so quickly and he never expected it.

Street Gist: What if your husband is sleeping with your sister? | Legit TV 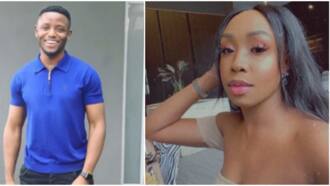 Singer Chike’s mystery lady in gold dress shows up on Twitter, now he can tell her something (video)