This is what we will do to Boko Haram, others in 2021 – Nigerian Army boasts

The Chief of Army Staff, Lt-General Tukur Buratai, has said that Nigerian troops will turn the table on the insurgent forces like Boko Haram, ISWAP and bandits who are disturbing the country in 2021.

Leadership reports that the army chief gave the assurance on Thursday, December 31, 2020, at the TY Buratai Institute for War and Peace in Biu local government area of Borno state.

Speaking during a sit-out to mark the end of 2020 and the beginning of 2021, Buratai said all the terrorists will be shamed and utterly disgraced in the new year.

“I am very optimistic that 2021 will be different, totally different from a remarkable difference from 2020.”

He urged troops to work harder to sustain the grounds gained against insurgents and also to win the admiration of Nigerians, which is also key to victory over the terrorists. 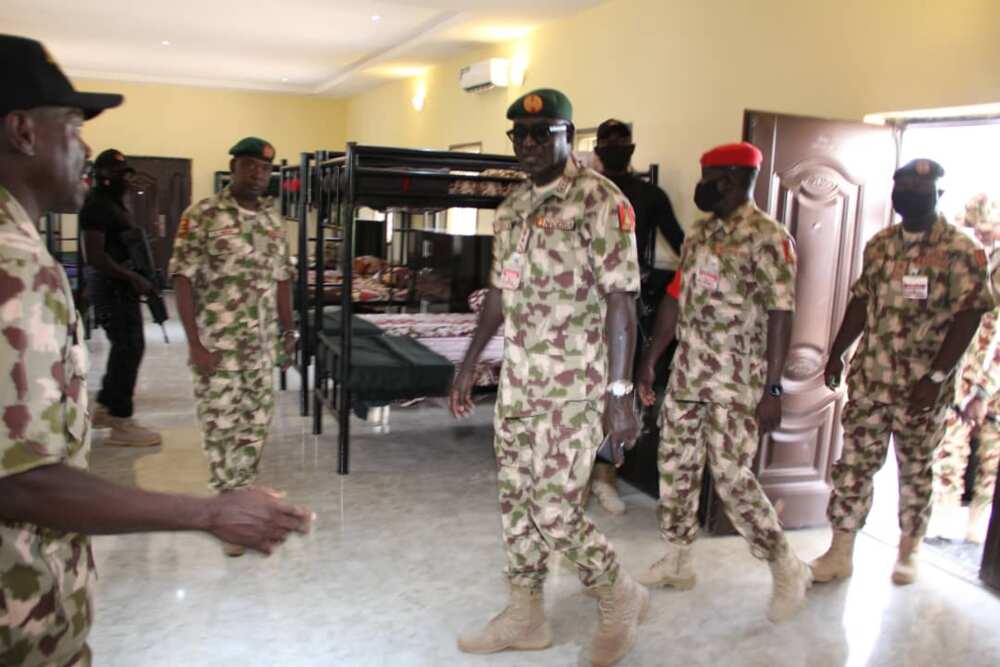 “I want you to see it as a challenge and a task that must be done because we are the one that can do it because Nigerians believe in us and believe that we can do it.

“You should go into the year with full conviction that we can do better to address the insecurity in our country.”

The Nigerian Army boss had surprised many when he noted in early December 2020 that it may take the country another 20 years to end the menace of the insurgents that are putting the peace of citizens in jeopardy.

This is what I see for Nigeria in 2021 – Famous prophet sends message to Buhari, politicians

Legit.ng reported how the army boss made this known while speaking through a post on his Facebook page on Tuesday, December 1, amid rising insecurity across the country.

Buratai, who noted that there is a “misunderstanding” of what terrorism and insurgency entail, said the response of stakeholders both in “civil and military authorities” will determine how fast Nigeria can win the war against terror.