– Ayuba Wabba, the national president of the union, made this known in his New Year message

Apparently dissatisfied with the non-implementation of the new minimum wage, the Nigeria Labour Congress (NLC) has threatened to embark on industrial action in the defaulting states and those owing workers’ salaries.

PM News reports that this was contained in its New Year message signed by its president, Ayuba Wabba.

Legit.ng gathered that Wabba noted that up till date, some states have refused to pay the new national minimum wage. 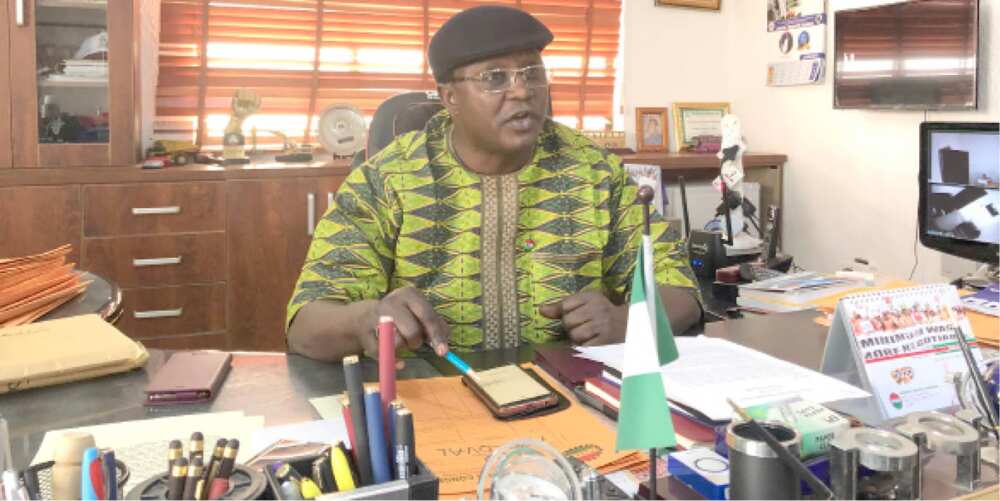 “Accordingly, we call on all our state councils still struggling with their state governments on the payment of the national minimum wage and consequential salary increase and those whose state governments have unilaterally cut wages and are owing workers salary arrears to prepare for mass industrial action and protests this New Year.”

This is what I see for Nigeria in 2021 – Famous prophet sends message to Buhari, politicians

Wabba said the unemployment and poverty are perfect recipes for the breakdown of law and order.

Meanwhile, Legit.ng had previously reported that the Niger state government concluded plans to slash the salaries of civil servants in the state by 50% to be able to cope financially as Nigeria battles with the economic recession.

It was reported that the state government told officials of the Nigeria Labour Congress (NLC) and Trade Union Congress (TUC) at a meeting held on Monday, November 23, that it could no longer afford to pay 100% salaries to workers effective from December 2020.

The meeting was reportedly attended by all members of the State Executive Council except the Governor Alhaji Abubakar Sani Bello and his Deputy Alhaji Ahmed Mohammed Ketso.

The accountant-general reportedly explained that there was a drastic decline in the state’s income from the federation account and the Internally Generated Revenue (IGR).

In a related report, another meeting was fixed by the federal government with the leadership of organized labour over the recent increment of the fuel pump price.

The invitation sent by Chris Ngige, the minister of labour and employment, was scheduled for Thursday, November 26.

Charles Akpan, the ministry’s spokesperson revealed that the minister would be meeting the organized labour at old Banquet hall, Presidential Villa.