– The 33-year-old shared a beautiful photo of his wife and three sons with the post having over 3,000,000 likes

Lionel Messi has joined the long list of celebrities wishing everyone a happy New Happy Year on their respective social media handles.

The Barcelona star posted a family photo on Instagram including his wife Antonela as well as their three sons Thiago, Mateo and Ciro.

The six-time Ballon d’Or winner had many struggles in the past year and will be hoping to have a better 2021 with several challenges ahead. 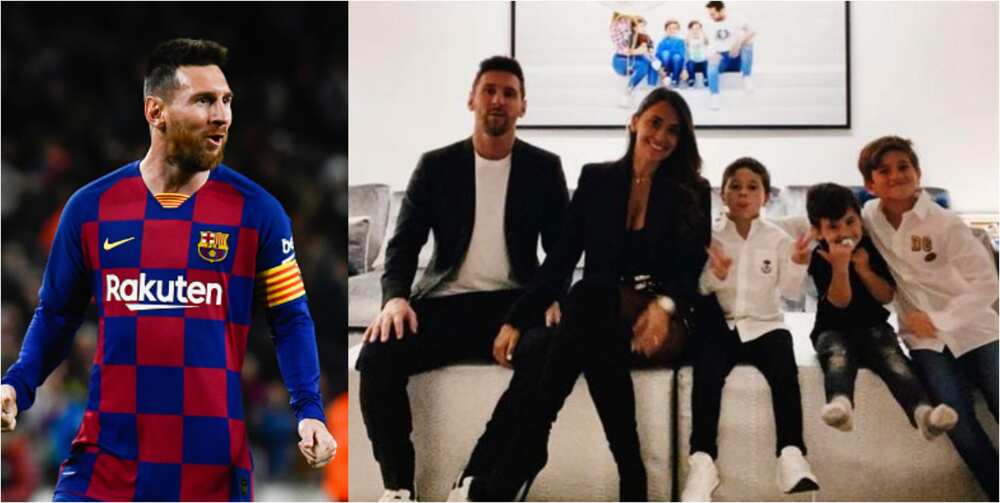 The 33-year-old will first have to deal with choosing a club as he enters the final six months of his contract at the Camp Nou.

Messi is now allowed to speak with potential clubs who want to sign him as one of Man City or Paris Saint-Germain is likely to be his next destination.

The Argentine captain will also need to help La Blaugrana recover from the domestic scene as their La Liga campaign looks to be slipping off their grasp.

Messi still has much to give Barca in the Champions League as they will be facing PSG in the round of 16 over two legs in February.

And the charismatic captain has recently stated he is committed to helping the club win trophies this season. Barca’s first match in the New Year will be away at Huesca and it is uncertain if Messi will be fit for the fixture after missing their last outing against Eibar due to a minor injury.

Meanwhile, Legit.ng had earlier reported that Lionel Messi will in the next few weeks talk other clubs as he enters into his final six months of his contract with Barcelona.