50+ ridiculous hump day meme ideas to send to your coworkers

– A friend and member of singer Dbanj’s crew, Damian Ifeanyi Okoroafor, has been honoured with a chieftaincy title in Imo

It is indeed a period of celebration for Nigerian singer D’banj whose close friend, Damian Ifeanyi Okoroafor, has just bagged a new chieftaincy title in Imo state.

Damian who is the CEO of Dbanj’s D kings Men company was conferred with one of the highest chieftaincy titles in the Amuzi Autonomous community of Imo state. 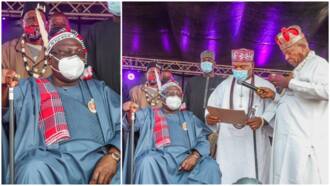 An excited Dbanj shared the good news on his Instastory channel and sent hearty congratulations to his good friend.

“Congratulations to the latest chief in town. From Imo state (Obowo community).”

Similarly, the new chief took to his official page on Instagram with photos from the ceremony which took place on Tuesday, December 29.

He also appreciated the monarch and people of Amuzi Autonomous community for the title.

Check out photos from the colourful event below: 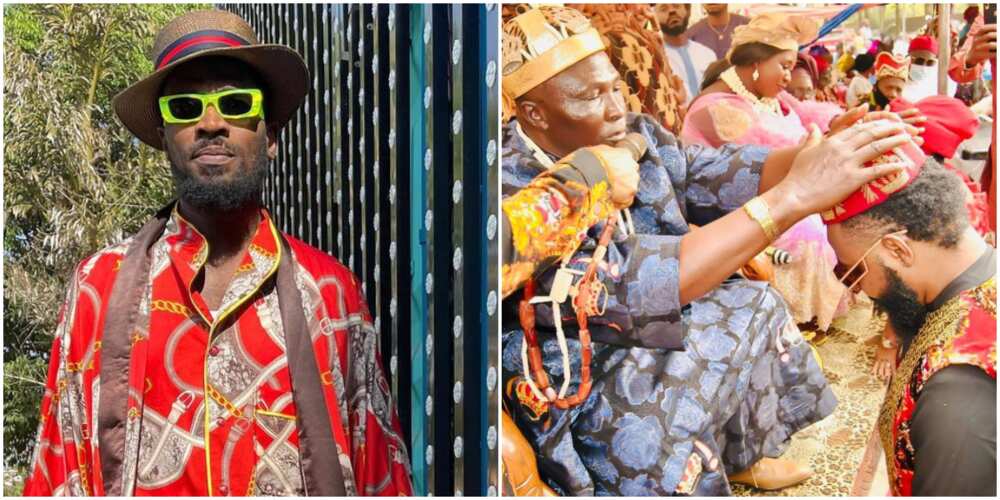 Before the title, Damian had embarked on special projects such as fixing of roads, setting up street lights, offering scholarships to the less privileged, assisting widows among other benevolent acts in the community.

He was a refined ruler – Buhari extols, mourns as Kwankwaso’s father dies on Christmas day

The doting dad shared a photo of his little prince and thanked God for his grace. D’banj and his wife, Lineo, welcomed their son in September 2019. The couple lost their first son, Daniel, in a drowning incident in 2018.