Gary Neville has urged Man United to sign a centre-back if they want to contend for the Premier League title this season, Mirror.

The Red Devils moved to second of the table following their 1-0 win over Wolves at Old Trafford and would have the opportunity to go level on points with Liverpool if they beat Aston Villa on New Year’s Day. 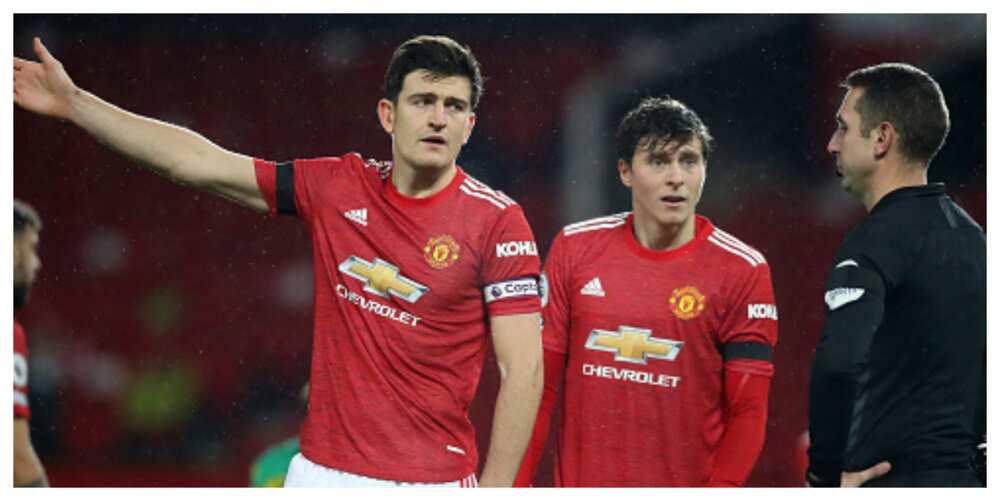 The former the defender said back in September:

“We can talk about [Jadon] Sancho all we like but until United get a centre back who can run and defend one-on-ones they are never going to win the league.”

In recent games, Harry Maguire and Lindelof have partnered well at the heart on United’s defence while Eric Bailly and Axel Tuanzebe have also assisted when called upon.

With just hours away from the January window, it does not look like Ole Gunnar Solskjaer would request for a defender.

The Norwegian boss stood by his word at the beginning of the season that the club have enough materials at the defence.

“For me, we’ve got enough good centre-backs here at the moment.”

Meanwhile, Legit.ng had earlier reported that Gary Neville has written off Man United’s title chances despite the side’s huge 6-2 win over Leeds United.

The Red Devils ran out as comprehensive winners on Sunday, December 20, after stunning Leeds at home.

A brace each from Bruno Fernandes and Scott McTominay inspired United to a comfortable win, with both Daniel James and Victor Lindelof also finding the back of the net.

The win fired Ole Gunnar Solskjaer’s men to third on the standings with 26 points, just five behind leaders Liverpool with a game to play.