Just in: Cristiano Ronaldo celebrates adorable and inspirational mother as she clocks 66

Cristiano Ronaldo has flaunted his adorable mother Dolores Aviero across possible social media platforms as she turns 66, having been born on December 31, 1954.

CR7 who turns 36 in February posted a picture of himself standing beside his mom and congratulated her for celebrating another year.

The Juventus striker wished his mother all happiness in the world with good health in his short caption.

He wrote: “Happy birthday mom, wish you all the happiness in the world with good health!”

Cristiano Ronaldo will be thankful for her life as she was ill earlier in the year having been discharged from the hospital after suffering from stroke for weeks. 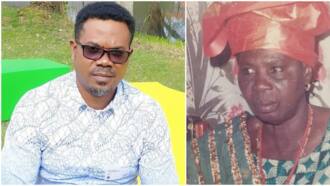 She posted a photo of herself on social media after her departure from the hospital then; and her son Ronaldo could not hide how happy he was as he posted a family picture on Instagram at that time.

CR7’s sisters Elma and Katia Aveiro were seen smiling with their mum as they all posed for the picture in the gym. Ronaldo had to fly from his base in Turin on March 3, 2020, after he was told his mum suffered from a stroke and was rushed to the hospital.

Dolores was told to go home after two weeks at the Madeira’s Nelio Mendonca Hospital while Ronaldo stayed back in Madeira due to the outbreak of the deadly coronavirus. Cristiano Ronaldo celebrates his mother with one of his titles.
Photo: Chris Brunskill
Source: Getty Images

Meanwhile, Cristiano Ronaldo’s mother has denied reports that there is a rift between herself and Georgina Rodriguez, her son’s girlfriend, as she further described her as a daughter-in-law. 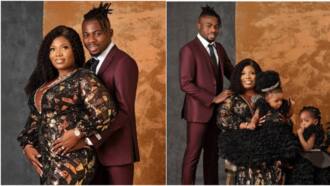 Dolores Aviero was upset with reports alleging that she stopped talking to Georgina and then went ahead to unfollow her on Instagram.

She rubbished the claims saying she maintains a cordial relationship with the model despite several reports from Portugal.

However, Legit.ng earlier reported that Cristiano Ronaldo Jr. celebrated his 10th birthday on June 17, 2020, and his father has bought him a pair of football boots as a way of celebrating as well as motivating the child.

They were seen in footage as the dad helped the son tie the boots to his legs and then they ran unto a makeshift football pitch where Junior hit the ball into an empty net.

He was born on June 17, 2010 in San Diego, California, United States and his legendary father also took to social media to celebrate the lad.