– Months after its defeat in the Edo guber election, the APC has not lost hope in the possibility of securing victory through the court

The All Progressives Congress on Wednesday, December 30, made progress in its bid to get Governor Godwin Obaseki disqualified in the September 19 governorship election in Edo state over alleged certificate forgery.

The Punch reports that the party tendered two more documents in support of its allegation against Governor Obaseki at the Federal High Court in Abuja.

Legit.ng gathers that one of the documents was the original copy of a first-degree certificate awarded to one Emmanuel Balogun by the University of Ibadan on July 6, 1979. 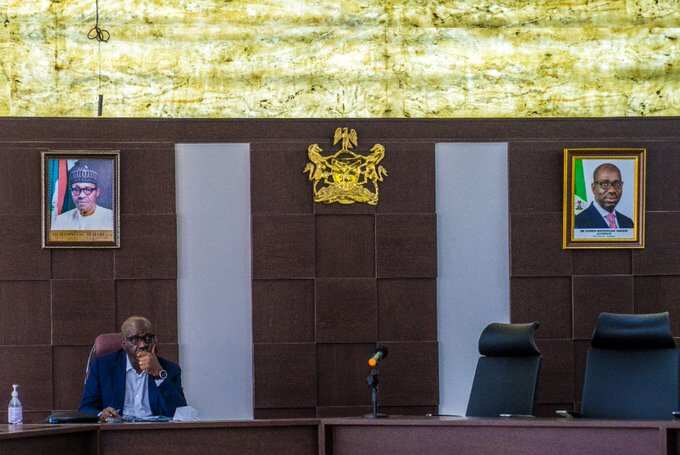 Recall that Governor Obaseki had also said he obtained a Bachelor of Arts degree in Classics from the same university in the same year.

The other document admitted as exhibit by the court was a report of a forensic document examiner, Assistant Superintendent of Police, Raphael Onwuzuligbo.

However, Balogun admitted under cross-examination by the defence that he had never seen Obaseki’s original certificate to tell if it was forged or not.

Does APC have a chance of victory at the court? – Nigerians react

Joe Okafor commented on Facebook, offering some suggestion on what he believes should be done.

“This guys will just be wasting our time and resources chasing shadows. Why not them do just one thing to end this case: invite University of Ibadan to testify with documented proofs.”

“APC is just trying to catch up with a plane that had made departure. All these frantic efforts are to no avail.It is like shaking a huge Iroko tree just for a tiny dew drop.”

“This is why Godfather is needed. So next time, don’t destroy the ladder that enabled you climb up, you may need it to come down peacefully without hutting your feet. Edo no be Lagos, anyway Lagos had been the first capital of Nigeria but Edo ..No.”

“My heart bleeds for this country. I wonder when people will stop playing partisan politics, ethnicity and nepotism at the expense of Nigeria. People turn a blind eye because of the aforementioned factors played by them.

“When he was a commissioner under Oshiomole regime, did they not scrutinize his result? In his first tenure as the governor of the state, what happened to his result? Now they feel they can defeat the people’s wishes through the court with the certificate factor. If care is not taken, another uproar may occur in Edo state.”

Meanwhile, Legit.ng earlier reported that the Federal High Court in Abuja had voided the suit by the People Democratic Party (PDP) which challenged the participation of Osagie Ize-Iyamu of the APC in the Edo governorship election. 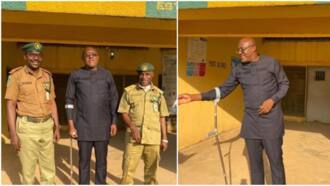 After being sentenced to 7 years in prison, PDP chieftain finally regains freedom (photos)

Delivering the judgment on Tuesday, December 29, Justice Mohammed ruled that the PDP’s application was not only academic but unnecessary in light of the outcome of the election.

Justice Mohammed pointed out that the suit holds nothing because the APC’s flagbearer in the Edo gubernatorial election has not challenged the result of the poll.