– Actress Kemi Korede has been pleasantly surprised for the holiday season

It is indeed an amazing way to end the year 2020 for Nollywood actress Oluwakemi Korede who has just become the owner of a brand new automobile.

The actress recently took to her page on Instagram to share the good news that she was surprised with a brand new car.

Apparently, the film star had gone for a meet and greet with some fans and customers of a skincare brand which she is an ambassador for.

However, Kemi was surprised with the car gift upon getting to the venue of the event. A video posted on her page captured the moment she got emotional after the announcement that the car which was parked belongs to her. The actress was also spotted thanking those who made the surprise possible.

Watch the video as posted by her below: 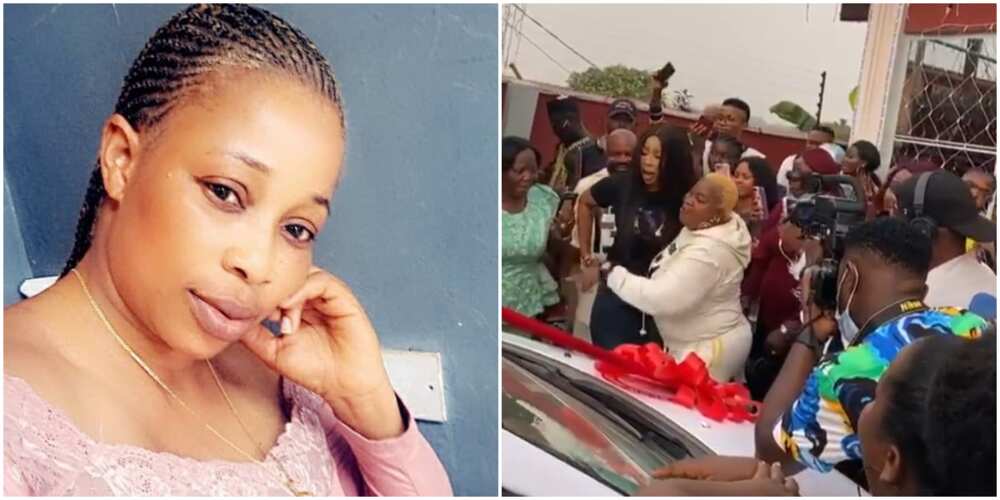 Colleagues and fans were spotted in the comment section celebrating with the actress. Read what some of them had to say below:

“This is nice. Another white car. Congratulations.”

“Congratulations my crush. I wish I can see u one day. I love everything about u ma’am.”

“Congratulations ma, I pray that as they celebrate you I’ll be celebrated before the end of this year, I know it remains few hours but I believe. I’m happy for you ma.”

Some weeks ago, Legit.ng reported that the Nollywood actress joined the growing list of celebrities who acquired luxury properties in 2020. 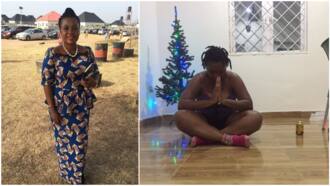 Nigerian woman who makes money from washing people’s dirty laundry builds herself a house, says it took her 5 years to complete (see photo)

Kemi took to social media to celebrate with fans and colleagues as she unveiled her new car; a Toyota Rav 4 limited edition.

She also praised the seller as she mentioned that she got the car within five weeks of payment.