– Fans of Big Brother Naija star, Cee-C need to intensify their efforts so that her man can surface

– The entrepreneur who was spotted with the son of the ex-governor of Imo state, Amen Okorocha, dashed the hopes of the Spartans

– The star stated that they are just friends and nothing more

Big Brother Naija reality star, Cynthia Nwadiora, aka Cee-C is celebrating the season with her people and she was recently spotted with the son of former Imo state governor, Rochas Okorocha, Amen.

Fans of the ex-housemate, known as Spartans, already took to social media to rejoice and probably pick wedding fabrics and colours, as they all assumed she is in a relationship with the ex-governor’s son. 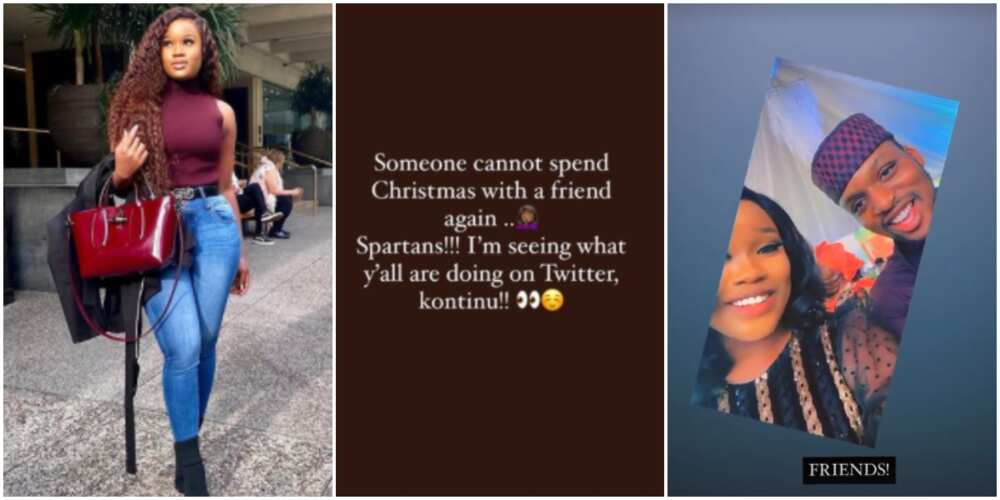 A fan identified as @Wealthokoye on Twitter shared the video where they both actually looked cute together and even shared a joke.

Cynthia, however, dashed their hopes as she mentioned on her Instagram story that they are not an item and asked if it was a crime to spend Christmas with her friend.

The reality star also noted that she had seen the different things her fanbase had posted about the harmless short video.

“Someone cannot spend eChristmas with a frnd again. Spartans!! I am seeing what y’all are doing Twitter, continue.” 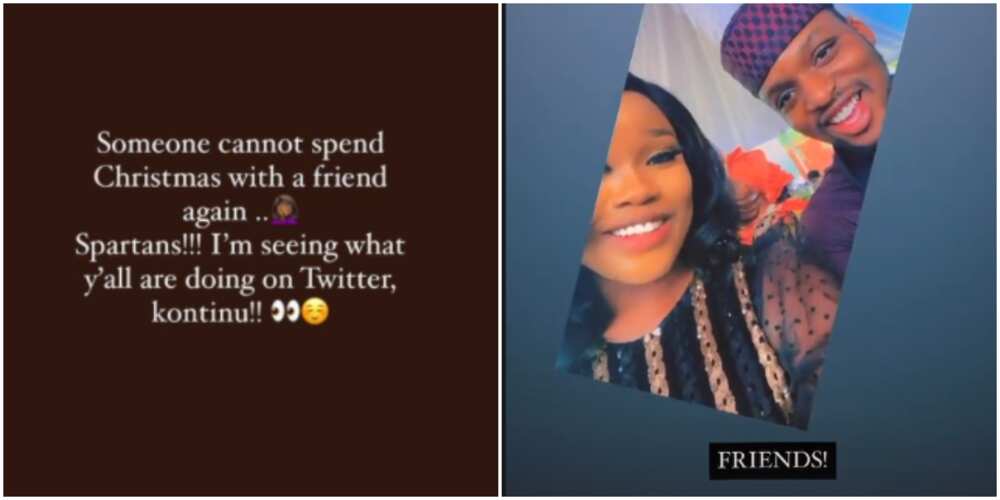 Meanwhile, Legit.ng earlier reported that Cynthia Nwadiora popularly called CeeC took to her official Instagram page to launch a search for a man she saw at an event she attended.

The reality star vividly described the outfit the man was wearing and how he looked.

Noting that she could not let her blessings pass her by, she urged the young man to find her as she was waiting for him.

According to the entrepreneur, the young man checked her out, but she passed by him and missed her chance.