Wolverhampton Wanderers are reportedly plotting to pull up a surprise on Barcelona with a move for Georginio Wijnaldum.

The Dutch midfielder is out of contract with the Premier League champions next summer and might not be interested in signing a new deal.

However, he has been linked with a move to the Camp Nou since the arrival of Ronald Koeman a few months back.

Although Jurgen Klopp is confident of keeping the 30-year-old, his refusal to extend his reign just yet seems otherwise. 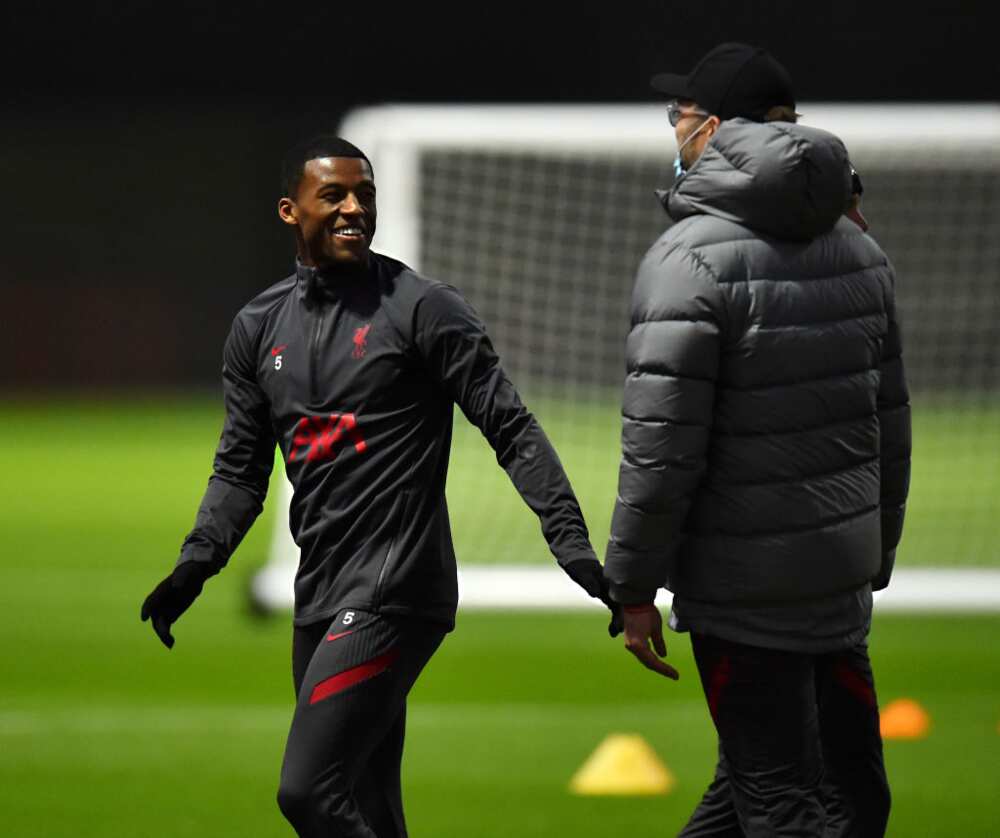 Wolves are now planning to give the Catalans a run for their money as they have now shown interest in the midfielder. The EPL outfit is ready to submit a bid for the player next month.

Daily Express quoting The Mirror reports that Inter Milan are also interested in the Dutch man and are ready to rival the earlier mentioned clubs.

Wijnaldum has been tipped to replace Joao Moutinho who is now 34, as Wolves look to build on their progress in recent years.

The Molineux Stadium outfit has already sold a player to Liverpool this season and they will be hoping the Reds return the favour by allow Wijnaldum move the other way.

Klopp signed the player £23 million in 2016 and he has been a key part of their recent success after winning the EPL and the Champions League in successive seasons.

Legit.ng earlier reported that in his quest to fortify the Barcelona midfield, manager Ronald Koeman is desperate in signing Liverpool midfielder Georgino Wijnaldum.

The tactician is prepared to reunite with the former Newcastle United man who is already in the final months of his contract with the Reds.

Wijnaldum has been linked with a move to the Catalan club for some time now, but he has been a key player under Jurgen Klopp.