– Odumakin, however, said that Bakare’s statement on Tinubu is an abuse of the pulpit

Tunde Bakare, the senior pastor of the Citadel Global Church has lambasted the spokesman for the pan Yoruba group, Afenifere, Yinka Odumakin and the former aviation minister, Femi Fani-Kayode, over comments on his statement on the national leader of the All Progressives Congress (APC), Bola Tinubu.

Nigerian Tribune reports that Pastor Bakare had rendered adulations about the former governor of Lagos state while telling persons envious of Tinubu giving a shot at the presidency in 2023 to stop their talk about him and busy themselves with what can add value to the society.

Legit.ng gathered that in a letter addressed to Odumakin, the fiery cleric asked that Fani-Kayode be asked to reveal the shady deals involving some bank that just changed hands that involved him in any shape or manner. 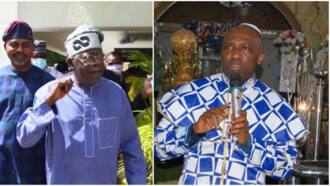 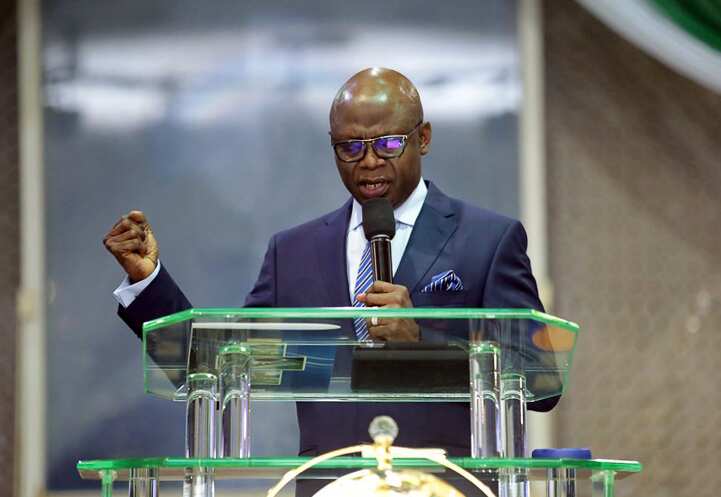 He said that the failure of Fani-Kayode to make those disclosures would amount to deliberate falsehood against him.

“Good morning Yinka. Hope you are much better. I have just read Femi Fani-Kayode’s piece where he quoted you and others. As he described you affectionately as his brother in the piece, I believe you are either companions or must be in the same league or camp.

“I have only one appeal to make through you to him: Tell him to expose my supposed “ugly past of 1990″ he must know about and the shady deals involving some bank that just changed hands that involved me in any shape or manner.”

Bakare, however, noted that his last word to Odumakin and to the likes of Fani-Kayode is that 10,000 times of Tinubu or anyone has nothing on him to make him say the words he spoke for and against the APC leader either in the past or now.

Meanwhile, Legit.ng had previously reported that some Yoruba leaders faulted Pastor Bakare for praising the achievements of Bola Tinubu, a chieftain of the APC.

It was reported that the cleric sparked off a controversy recently when he likened the APC leader to Jephthah in the Bible who delivered his people despite the circumstances of his birth.

In a related report, Pastor Bakare of the Citadel Global Community Church reacted to claims that he was hugely paid by Asiwaju Tinubu to speak on his behalf. The fearless Christian cleric added that he was bought by the precious blood of Christ, which makes it impossible for anyone to buy him.