Rihanna and ASAP Rocky raised eyebrows when they started hanging out together a lot more and people started thinking they were dating. Since it has been confirmed that the pair are in a relationship, they are no longer holding back on the public displays of affection.

The two musicians were spotted out together showing each other affection whilst on holiday in Rihanna’s native Barbados. Rihanna was seen placing her hands on ASAP’s hips and pulling him close, the two were looking loved-up. 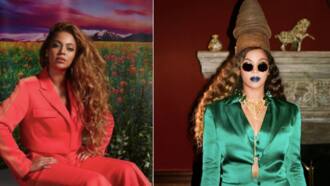 In another snap, Rihanna moved in for a kiss from her boo ASAP. The two stars’ relationship has had a mixed reception from people all over the world. Some felt that they were just an unlikely pair to end up together. 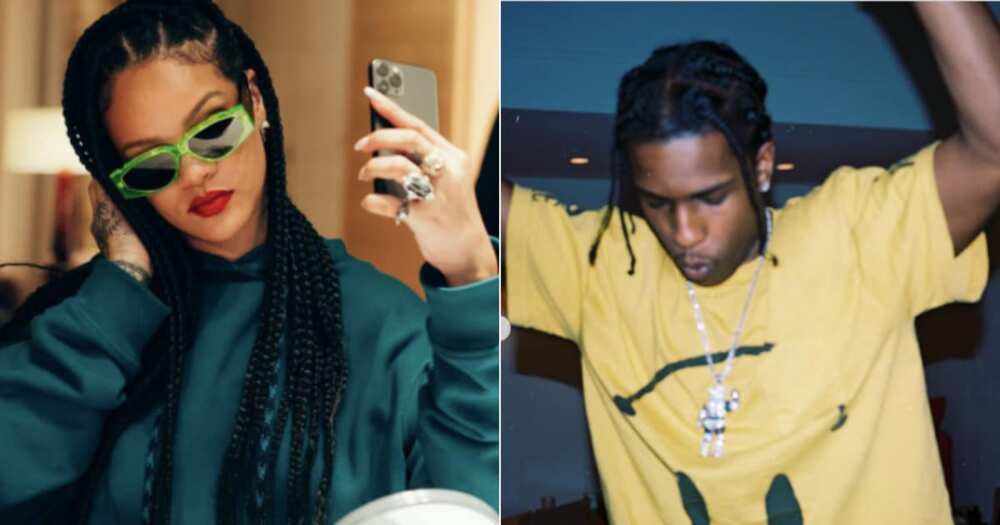 Legit.ng arranged a few social media reactions from users about the vacation pictures of Rihanna and her new man ASAP Rocky.

@Ntandoyenkosi_ commented: “Why’s everyone against Rih dating As Soon As Possible Rocky.”

@AsunaRenee commented: “I think this could be a very successful match *fingers crossed bc Rihanna deserves her person*”

@arianas_motive said: “I hope this is just a fling.”

@ebonyyramirez_ said: “This mf dating rihanna, he never coming back to music.”

Legit.ng previously reported that ASAP Rocky was spotted in Barbados to join Rihanna for the holidays. ASAP Rocky has been spotted at Grantley Adams International Airport in Barbados and sparking rumours that he’s there to spend the festive season with Rihanna. 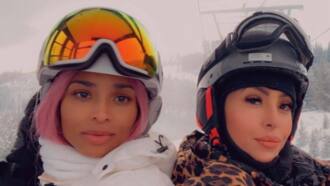 Pictures emerged online of the 32-year-old rapper leaving the arrivals terminal in Barbados and online commentators theorised that the relationship between ASAP and Rihanna is getting serious.

Rihanna and ASAP are longtime friends who sparked dating rumours earlier this year which reports later confirmed. ASAP, whose full name is Rakim Mayers, was photographed while wearing a colourful outfit and a black face mask as he made his way to a vehicle.