After going off the grid for some weeks, Nollywood actress Ini Dima-Okojie has made a return on her social media page and explained the reason for her absence.

Apparently, the movie star had been battling fibroid and had to go through an urgent medical procedure at the hospital. 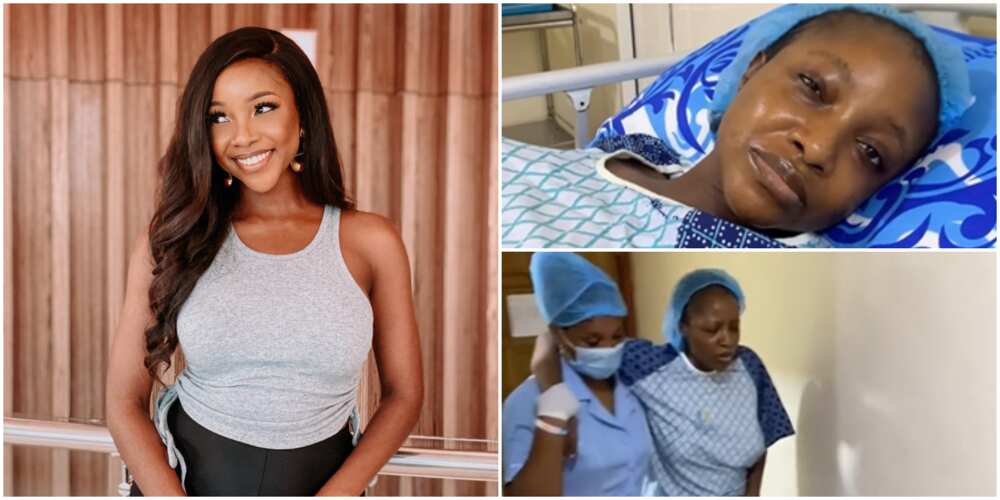 In a post shared on her IG page, the much-loved actress disclosed that she first discovered that she had fibroid in 2017. She, however, said that a gynaecologist she saw at the time advised her to leave it alone if it wasn’t posing any challenge.

“I found out I had fibroids in 2017, I remember freaking out so much. The first gynaecologist I saw said if it wasn’t really bordering me he would advice I leave it alone but that I had better go and quickly get married.”

However, Ini said in March 2020, the fibroid started protruding and a new gynaecologist recommended surgery to correct the situation. Unfortunately, the COVID-19 pandemic at the time made it impossible to proceed with the surgery.

In November, the actress was forced to undergo the surgery as the bulge in her tummy had gotten even bigger.

“Now fast forward to November, the bulge in my tummy had now increased significantly so I decided to go do another pelvic scan & was told I had to get an MRI cos the fibroids were now bigger than what the ultrasound machine could adequately measure. Bottom line I had to have the surgery as soon as possible.” The actress went on to disclose that her surgery was successful. She also gave thanks to God for healing her.

Ini accompanied her post with a video showing her time in the hospital.

In a similar story, Legit.ng previously reported that celebrity stylist Toyin Lawani shared a touching story of her life’s struggle on social media. The fashion icon revealed that she is set to remove her womb after several years of battling fibroid.

Lawani said she has initiated the process and had just one more week to go.