Junior Firpo has blamed Barcelona attackers for their 1-1 draw against Eibar in their last game of the outgoing year.

The Catalans needed the intervention of Ousmane Dembele to score the equaliser in the 67th minute after Kike had given the visitors the lead about ten minutes earlier.

Firpo made an impact in the game after creating an assist that led to the goal that helped them avoid defeat at Camp Nou. Antoine Griezmann and Martin Braithwaite led the attack in the absence of Lionel Messi who is injured but neither could make a difference all through the game. 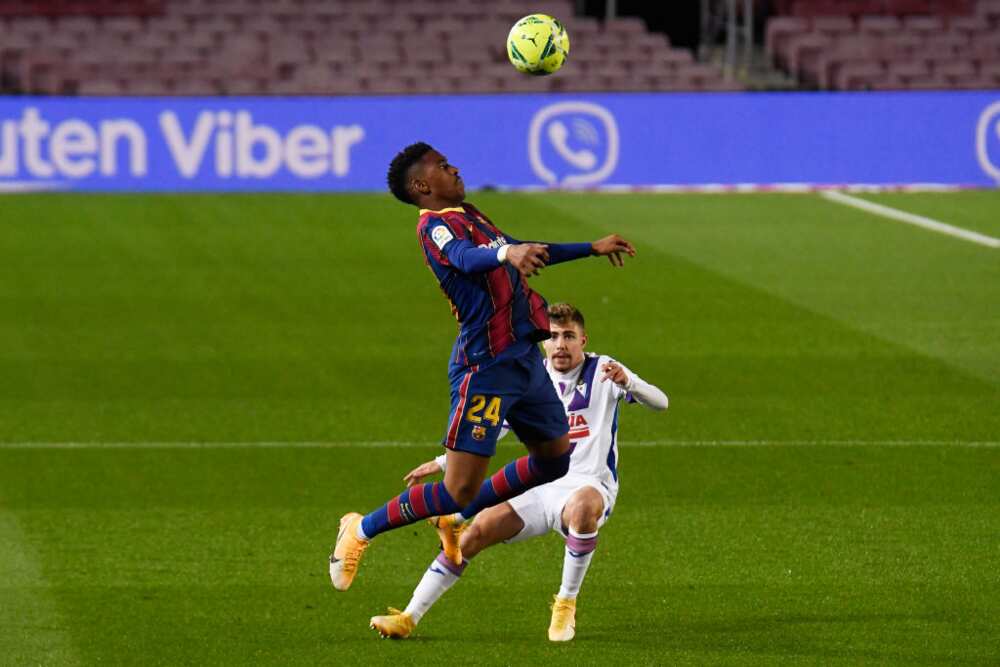 Braithwaite even got a chance in the opening minutes of the game through the spot but he failed to convert the penalty in the eighth minute.

His other effort in the encounter was ruled out for offside but the introduction of Dembele in the second half saved Ronald Koeman’s blushes. Junior said after the game.

“We need a thousand chances to score. They [Eibar] had one clear chance and scored. It’s the trend of the season. The games are tough and it’s all uphill.”

“I don’t want to say we lacked experience. There is a transition in the team. There are also injuries. We play with young players – today we had five or six – but we also had experience.

“We lacked Leo, who makes a difference. But the feeling is still, how did we not win? We created many opportunities, missed a penalty, and gave away a goal.”

Barcelona return to action on January 3 against relegation-threatened Huesca as they hope to keep their La Liga title chances alive.

Legit.ng earlier reported that Barcelona came from a goal down to play a 1-1 draw with Eibar in their last game of the outgoing year.

Ousmane Dembele scored the equaliser from close range for the Catalans in the 67th minute of the encounter.