Frank Lampard believes Chelsea would have got the result against Aston Villa if it were to be a month ago and admitted his side are going through a difficult period, Mirror.

In a post-match interview, Lampard admitted things are not rosy at Stamford Bridge at the moment.

“A month ago we win that. We have to fight through it.

“You want to get results at this point of the year. I could feel the players’ disappointment at the end because they want to win.

“A few weeks ago people were talking about us as title challengers, now it’s a difficult period. The new players are going to get better as they come along. 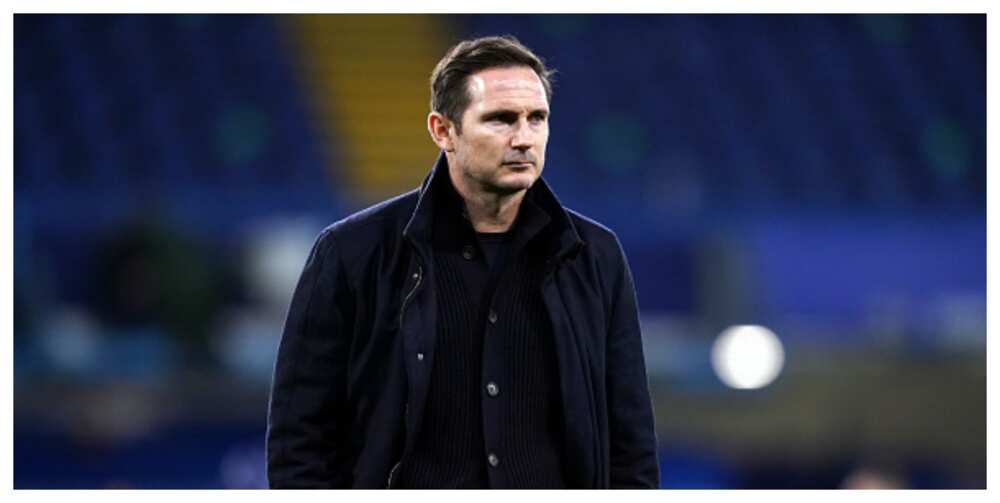 “Late on we got some chances and nearly scored, when you’re in a tough moment sometimes things don’t quite go for you.

“We pushed but couldn’t break the deadlock. Attitude-wise, effort-wise, some of the play was very good against a really good team.

“I can’t ask for more from the players today. No-one let me down, everyone worked hard, we didn’t get the rub of the green.”

Meanwhile, Legit.ng had earlier reported that Chelsea have failed to claim all three points at home against Aston Villa on December 28 after the visitors fought hard to claim a point, ending the encounter 1-1.

Frank Lampard’s side would have moved to third position on the Premier League standings, but they failed to hold on to their lead.

Olivier Giroud opened the scoring with a spectacular finish in the 34th minute, but the visitors restored parity in the 50th through Anwar El-Ghazi.

Legit.ng also reported that Chelsea boss Frank Lampard has stated that Mike Arteta should be given more time to help Arenal become a formidable team.

The Blues will be traveling to the Emirates ahead to take on 15th placed Arsenal on a Boxing Day fixture and Lampard’s men do not have the luxury to drop points at north London.

However, the English boss believes Arteta can still bring the Gunners back to their very best if allowed to do so.