– Thomas Tuchel has been shown the exit doors by PSG

French League champions Paris Saint Germain have confirmed that they have parted ways with Thomas Tuchel.

The club expressed their appreciation to the German-born tactician through their president Nasser Al-Khelaifi.

Tuchel’s sack came after leading the Parisians to a 4-0 home victory over Strasbourg in their last game of the year.

He was shown the exit doors barely four months after helping them reach their first-ever Champions League final but lost to Bayern Munich by a lone goal. An official with a statement on the club’s website confirms the development: 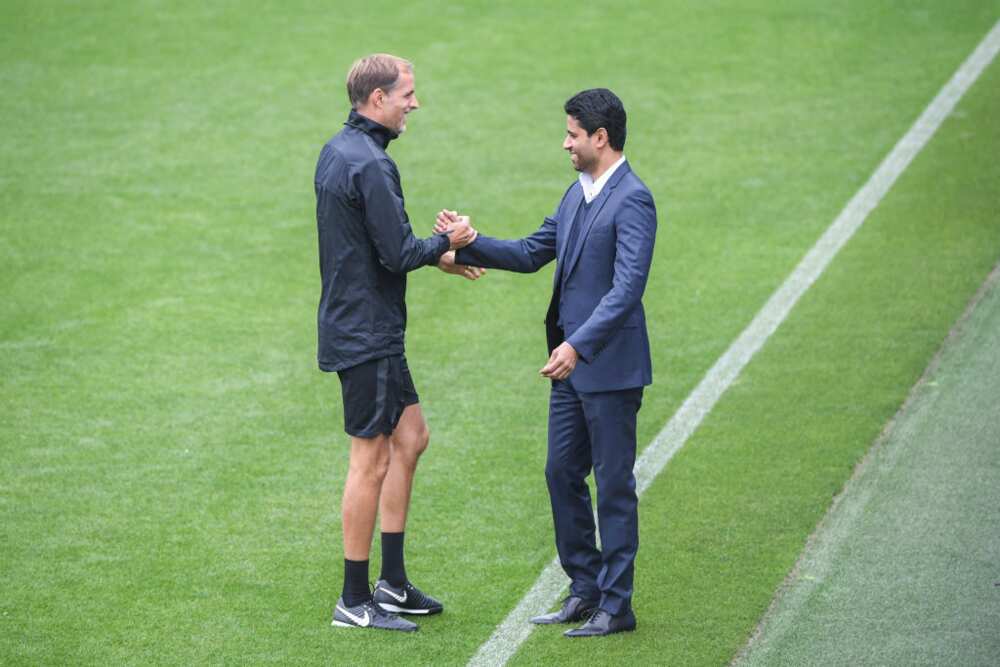 “I would like to thank Thomas Tuchel and his staff for everything they brought to the club.

“Thomas has put a lot of energy and passion into his work, and of course we will remember the good times we shared together. I wish him the best for his future.”

During his two year reign at the Parc Des Princes, the 47-year-old won two Ligue 1 titles among several other domestic silverware as reported by Goal.

Meanwhile, PSG are currently third on the table – one point behind Lyon and Lille by going into the Christmas break.

Legit.ng earlier reported that Frank Lampard’s disappointing results with Chelsea could cost him his job as the London club are reportedly looking elsewhere for a manager.

The Blues have managed just one win in their last five Premier League matches, dropping points to Everton, Wolves, Arsenal and Aston Villa.

Lampard’s men are now sixth on the log and reports coming from Germany claim that the club are now in search of a replacement for the English manager.