This is why APC may lose Jigawa, Governor Abubakar says, reveals what he will do

– The Jigawa state governor, Mohammed Abubakar, has sent a warning message to members of APC in the state

– The governor, however, pleaded with factional groups in the party to sheath their swords and embrace peace

Mohammed Abubakar, the governor of Jigawa state, has said that the ruling All Progressives Congress (APC) may lose the state if it fails to resolve its internal feud between now and 2023.

The Guardian reports the governor made the disclosure at the inauguration of the Jigawa APC caretaker committee at the party’s secretariat in Dutse.

Legit.ng gathered that Abubakar said he would no longer tolerate members meeting with factional groups of the party within the state. 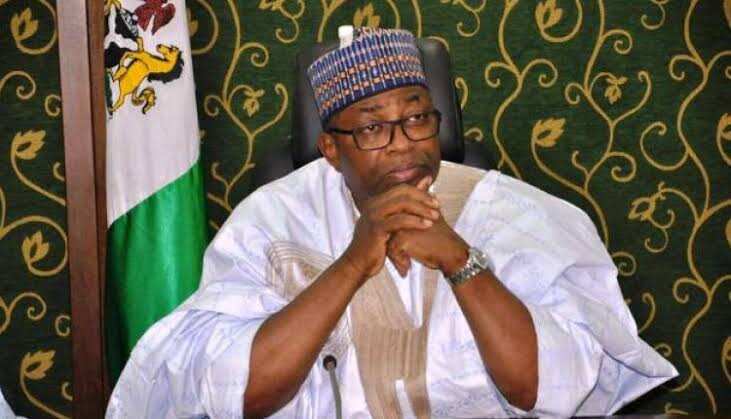 The Jigawa state governor, Mohammed Abubakar, said he would go back to his business if he loses reelection in 2023. Credit: @OfficialAPCNg
Source: Twitter

“I am watching those of you meeting with other factions. You have got enough of my patience; I will no longer tolerate that again.

“If we allow our personal interest to influence our collective interest, I am assuring you, we are going to lose; and by then, my tenure would have elapsed.”

He added that if APC loses Jigawa, he would go back to his business.

“I am a businessman, I can travel all over the world without even holding a bag, except for convenience.”

Abubakar, however, called on splinter groups within the party to join him in moving the APC forward.

In his reaction, the embattled Jigawa APC chairman, Habibu Sara, said the governor is on the verge of destroying the party in the state.

“We are aware of Governor Abubakar’s plan to destroy our party because he has no relevance after leaving office in 2023.

This is why I resisted pressure to join APC, Wike finally opens up

“We have politicians who can even perform better than him, not a businessman who sees the governorship seat as an opportunity to promote his personal interest.”

Sara, who was sacked on the instruction of the governor, added that all plans by the governor to kill APC in Jigawa would fail.

He wondered how an elected governor, instead of supporting his party to victory, could be predicting defeat for the party.

Sara, however, noted that APC would retain Jigawa come 2023 while promising to remain loyal despite all the odds.

Meanwhile, Legit.ng had previously reported that the camp of the Peoples Democratic Party (PDP) continued to decrease as some chieftains of the party have defected to the ruling All Progressives Congress (APC) in Nasarawa state.

It was reported that the defectors included the former members representing Toto/Gadabuke at the state Assembly, Madaki Ada-Goje and former administrator of Gadabuke development area, Benjamin Musa Belodu and their supporters.

Fear as Nigerian governor accused of stockpiling arms, intimidation, set to be dragged before UK, US, others