Check out how this man converted this damaged bathtub into elegant chairs and table, people showered him with praise (photos)

Photos of fancy chairs and tables made from a broken bathtub have gone viral on the internet and people cannot just help but appreciate them.

In the photos shared by a Twitter handle @IamMartyMarty, the chair maker (@AbChigz) could be seen cutting the bathtub into shapes.

One of the frames showed how his work turned out as the finished pieces were placed in a garden, making the whole environment beautiful.

While many wanted to know where the maker stays so they could sell him their used tubs, others advised him on the need to fit cushions on the chairs to give more comfort. 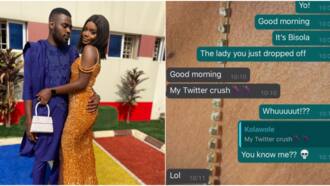 As at the time of writing this report, the tweet showing the masterpiece has gathered over 69,000 likes and thousands of comments. 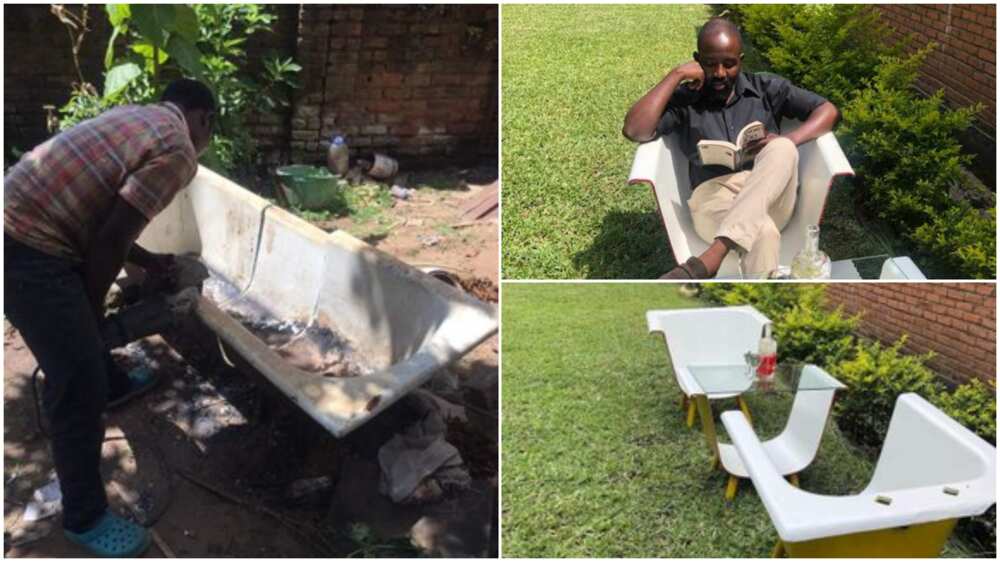 “I have a similar used bathtub at home removed last month. Please connect me with the guy I can sell it to him.”

“A cushion maybe to elevate the ‘sitter’? Otherwise, the creativity is tops.”

“Wait, what if I help you source for damaged tub like this for your work? Let’s do this business bro.”

“Omg we totally have an old bath tub at home that we were going to throw out now I want this for my dad to chill on when reading in his garden. How can I get ahold of you? Where are you based?”

“The concept is cool but don’t you think there’s a need for cushion or something to withstand the pain the ceramics will inflict.”

“Without any cushion, I think it would be slippery.”

Meanwhile, Legit.ng earlier reported that a young Nigerian lady, Favour Oluma, is into the craft of converting old car tyres into grand tables that can fit into any modern home.

A student of the Federal University of Technology, Minna, she could be seen in the production process of the table in one of the pictures she shared on Twitter.