– Atletico have stated that should the player sign for any of the clubs, he will get a heavy fine

Desperate Diego Costa has demanded that his contract with Atletico is torn up, however the Spanish club have vowed to keep him until the deal lapses.

The club has insisted that the player will receive as much as £23million fine if he signs for Real Madrid or Barcelona.

The former Spain and Chelsea striker whose contract expires at the end of the season wants the deal terminated as soon as possible for what he described as personal reasons.

He scored twice in his last five games for Diego Simeone’s men but he is desperate in leaving the club.

Spanish radio station Cadena Cope via SunSport claim he would need to pay Atletico £23million in the unlikely event of him joining one of three big LaLiga rivals – Real, Barcelona or Sevilla.

They also say he would need to hand over £4.5million if a different “Champion team” signed him.

And to link up with any other club, it is understood Costa would still have to pay £2.9million. 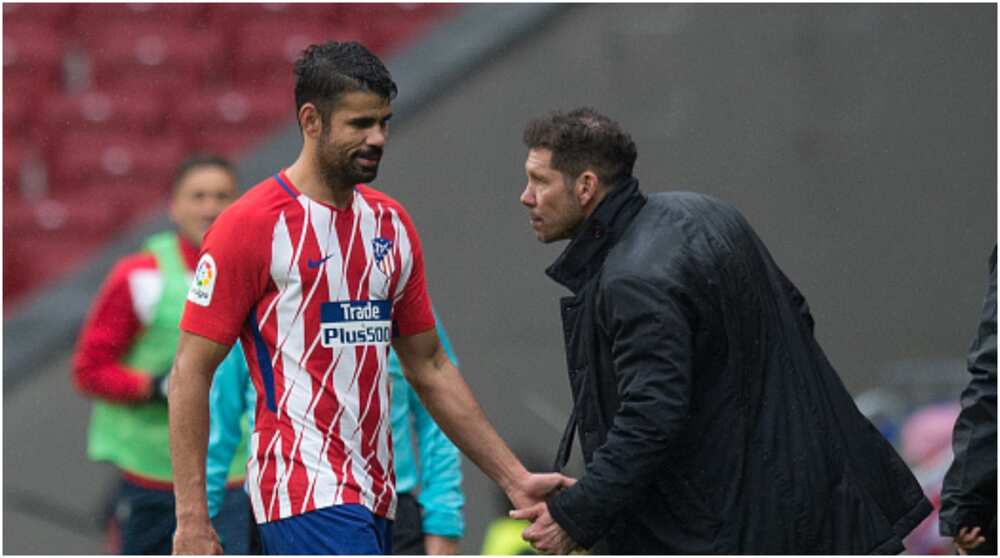 On the other hand, Atletico Madrid are reportedly planning to sign out-of-Chelsea defender, Marcos Alonso, on loan when the transfer window opens next month.

The Spaniard has been frozen out of Frank Lampard’s squad with the club legend preferring both Ben Chilwell and Emerson Palmieri above him in the pecking order.

He has made just three appearances in the Premier League so far this campaign with his last game coming in the Blues 3-3 draw against West Bromwich Albion on September 26.

Alonso has been an unused sub in four Champions League matches and with him fast becoming surplus to requirement at Stamford Bridge, the club is listening to offers from other teams.

The two stars have formed part of Frank Lampard’s new-look Chelsea following a summer spree that saw the club spend over £200million to recruit new players.

Fortunately for the two, they have hit the ground running, with Werner scoring seven goals in seven appearances so far this season.