– Fans and followers of the actor sent in their congratulatory messages

The movie star, in a post which he shared on Instagram, noted that the number of years he had been married to his partner was not child’s play and it had been God in the centre of it all. 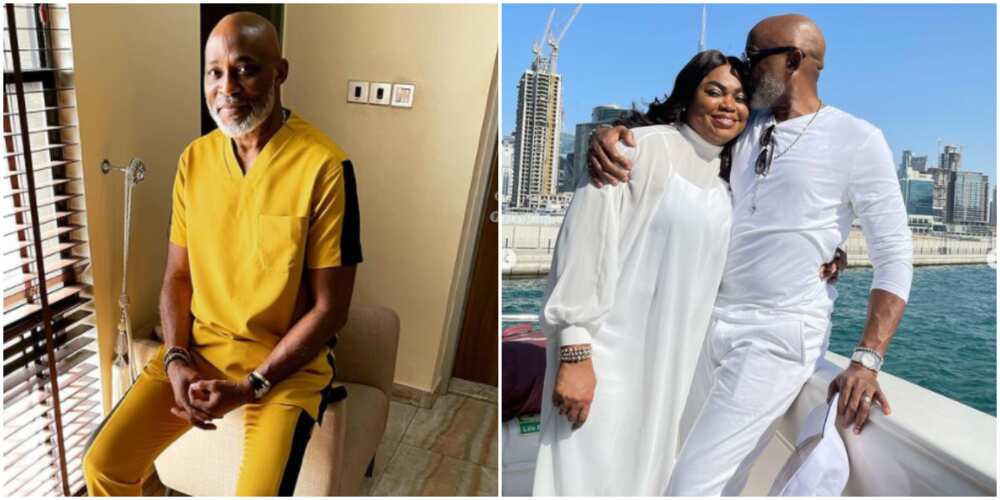 The grateful man also shared a cute photo of him and his beautiful wife.

“It’s our 20 years anniversary! Hmmmm, Like they say, 20years nor be beans o! At the centre of it all, it has just been God. Thankful. Grateful. Blessed. Graced!” In another post, the film star hailed his wife and noted that she still cracked him up twenty years later.

“20 years later, you still crack me up my WinterRose. Thank you my Abk, my Aabike, my Dejumo, my Abiks!”

Followers of the actor flooded the comment section with congratulatory messages, prayers, and good wishes.

“Happy Anniversary to you…. Jumobi is still as pretty as ever. She is simply ageless. Both of you are aging like fine wine. May God continue to strengthen your union.”

“Wow, congrats Papa. Not everyone gets this blessed indeed. More beautiful years to come.” 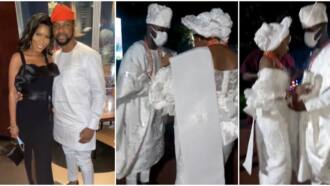 In other news about the actor, Legit.ng earlier reported that RMD took to his social media page to urge people on finding a good balance between office work and house chores.

RMD shared a photo of him doing dishes in his kitchen and also went on to share a personal story of him as a child.

According to him, he was an only child, and being in that position did not give him any choice than to do house chores. He stated that he was raised by his mother to do all chores.