Tinubu for president: This is the only person who can buy me – Pastor Bakare

Pastor Tunde Bakare of the Citadel Global Community Church has reacted to claims that he was hugely paid by Asiwaju Bola Ahmed Tinubu to speak on his behalf.

The fearless Christian cleric added that he was bought by the precious blood of Christ, which makes it impossible for anyone to buy him. 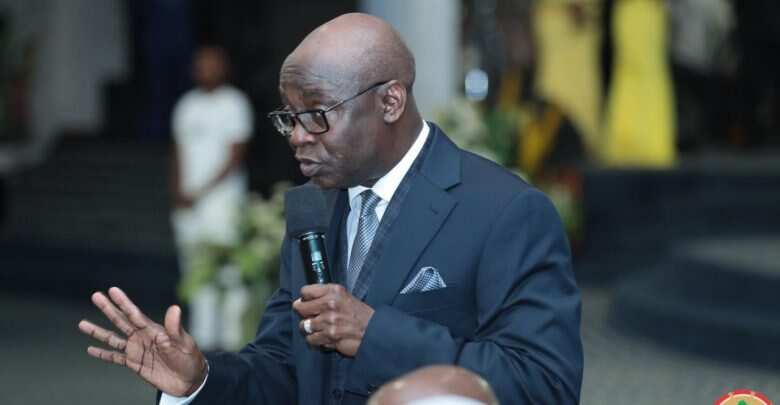 “And I am not for sale because I have been bought. I was bought by the blood of Jesus Christ on the cross of calvary and no other price can match that. And if you know of anyone who has given me money at any time to do what I am doing, expose it.”

Earlier, Bakare had highlighted the contribution of Tinubu to the victory of the All Progressives Congress (APC) in the 2015 and 2019 elections.

The popular pastor and politician said Tinubu has also fought and won numerous battles for the Yoruba nation.

Legit.ng gathered that Bakare said God did not need anyone’s permission to put the APC national leader in his hall of fame.

Reiterating Tinubu’s political importance, the pastor said the APC’s transition from the opposition to the ruling party would not have been possible without him.

He compared Tinubu with Jephtaph in the Bible who delivered his people despite the circumstances of his birth.