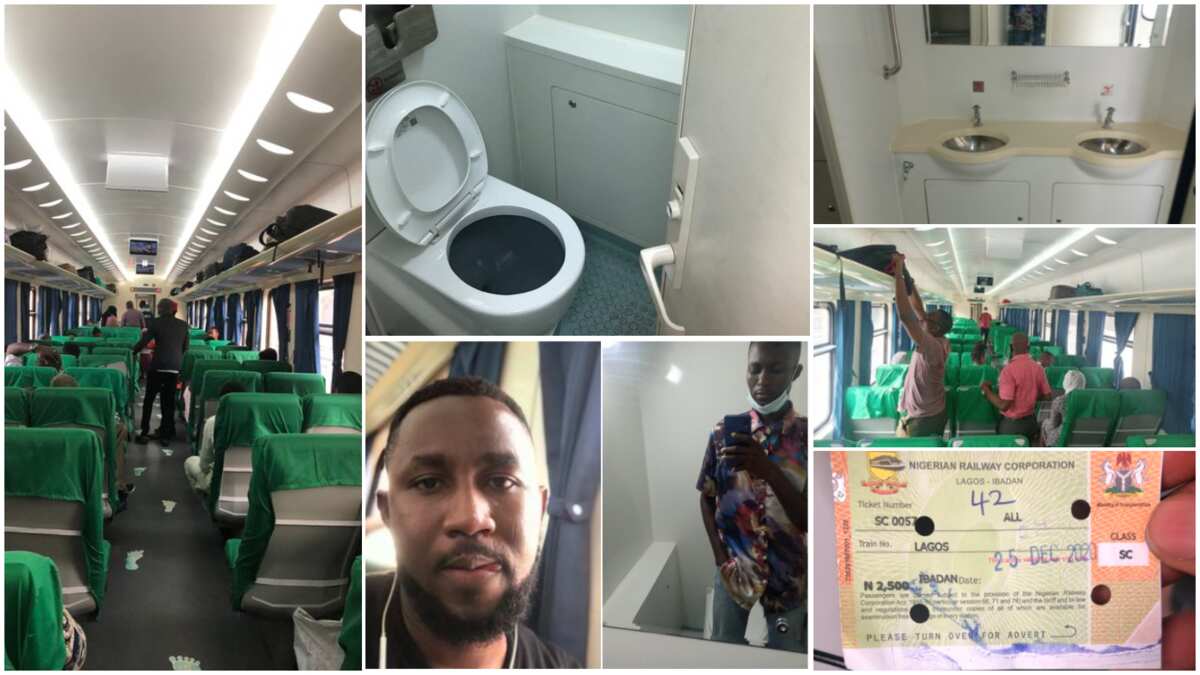 Days after a Nigerian shared his Lagos-Ibadan speed train experience, two others have gone on Twitter to give a rider review of the newly-launched transport service.

A young man, Adetunji Balogun, said that he took the ride from Lagos state to Ibadan, said the trip was a smooth one.

To show that he was really on the train, he took shots of the modern facilities in it. He also showed off his ticket which he bought for N2500.

The man also attested to the fact that the couch is well airconditioned.

Another satisfied rider with the Twitter handle @iam_olatayo said that he used the service and the experience was a lovely one.

He said that it is a good alternative to the traffic chaos of the popular Lagos/Ibadan expressway. The man, however, said that the AC was a bit too much.

Legit.ng compiled some of the reactions their posts got.

“That is how the train at Idu was sweeting us. No maintenance plan whatsoever. Look at us now, dealing with trains that stop half way the journey risking passengers lives.”

“I don’t have anyone to visit in Ibadan o…but Lord knows I’ll pay for a return trip just for the experience.”

“The cabs at the station at Moniya are they for rental service (charter ) or to commute passengers to locations.”

“The problem I have with Nigerians is maintenance. Let’s see how this one lasts.”

“Someone used 2k to enter bus from Ikorodu Garage to Ibadan. Comparatively. Train option is better.”

Meanwhile, Legit.ng earlier reported that the railway service which commenced operation on Monday, December 7, had only one passenger as it travelled from Ibadan in Oyo state to Lagos.