– The spokesperson for the House, Benjamin Kalu, said the House is displeased about the report

– Kalu explained why journalists should uphold the ethics of their profession

The House of Representatives has dismissed reports that it apologised for summoning President Muhammadu Buhari to brief the nation on the state of insecurity in the country.

The spokesperson for the House, Benjamin Kalu, in a statement on Monday, December 28, described the report as untrue. 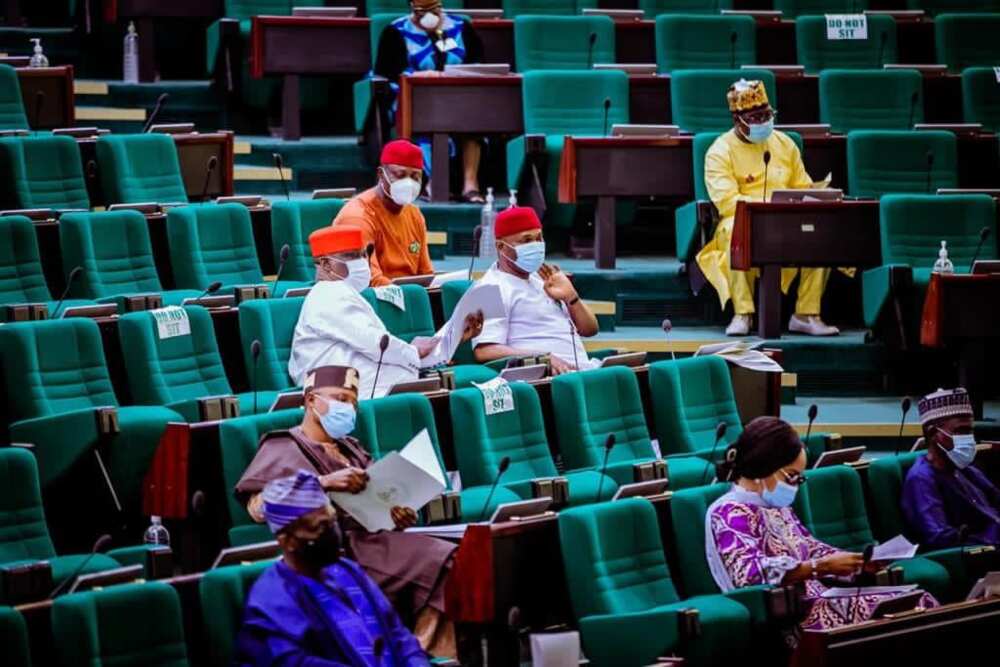 “The President or the Presidency as the case may be, never sought for an apology from the House of Representatives for carrying out her constitutional responsibility to the Nigerian electorate. Where then did the media get the report that the House as an institution apologized to anyone? Media professionals are advised to uphold the ethics of their profession.”

He stated that the legislators never made any apology to anyone for exercising its constitutional mandate.

Meanwhile, communities in Hawul local government area in southern portion of Borno, attacked by Boko Haram insurgents on Saturday, December 27, were paid a visit by the Borno state governor, Babagana Umara Zulum, the next day.

The governor had travelled to Abuja for series of scheduled activities but had to cut short his trip and flew out on Sunday morning.

No fewer than four communities, Tashan Alade, Shafa, Azare, Sabon-Kasuwa and Debro were affected in Saturday’s attack. Schools, shops and places of worship were not spared in the attack.

In another report, an attempted armed bandits’ attack on commuters travelling from Bayelsa state to Jos was foiled by troops of Operation Whirl Stroke on Thursday, December 24.

This was disclosed in a statement released by the coordinator, Defence Media Operations, Maj.-Gen. John Enenche and shared on the Facebook page of Defence Headquarters Nigeria.

The criminals were reported to have mounted an illegal check-point on the road and stopped the commercial vehicle to rob the passengers.