Boko Haram insurgents did not have it easy at the weekend as troops of the Operation Lafiya Dole battled them for hours in Hawul local government area of Borno state.

According to This Day report, the battle between the troops and the insurgents in three villages in Hawul LGA was still raging as at the time of filing this report.

Recall that communities in Hawul LGA in the southern portion of Borno were attacked by Boko Haram insurgents on Saturday, December 26. Among communities affected were, Tashan Alade, Shafa, Azare, Sabon-Kasuwa and Debro.

According to the spokesman of the Nigerian Air Force, Air Vice Marshal Ibikunle Daramola, the Air Task Force of Operation Lafiya Dole had scrambled fighter jets to engage the invaders. 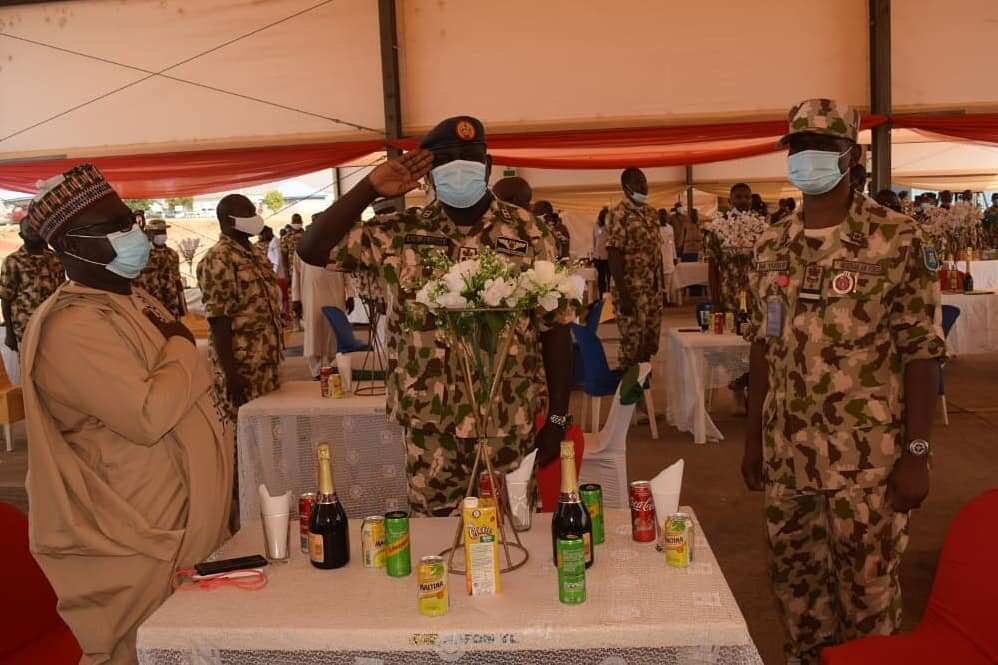 “The aircraft have been engaging the Boko Haram terrorists.”

A member of the vigilante group in the area disclosed that the attackers burnt down two EYN Churches in Tashan Allade.

Another member of the Civilian Joint Task Force (JTF), Balami Yusuf, told journalists that the insurgents were still launching attacks some of the villages.

“As I am speaking to you, they are still shooting in the areas. You can hear gunshots in the background.

“We are in the bushes, as people are running while the children are crying. We are helpless.”

It was gathered that the insurgents were force to flee following the airstrikes from the Nigerian Air Force.

Meanwhile, the villagers who fled to the mountains reportedly watched the fire-fight from there.

Recall that those affected by the attack were paid a visit by the Borno state governor, Babagana Umara Zulum on Sunday, December 27.

The governor had travelled to Abuja for series of scheduled activities but had to cut short his trip and flew back to Maiduguri.

Zulum who inspected all the properties destroyed by the sect ordered that they be reconstructed immediately.

In another report by Legit.g, members of the dreaded sect attacked Chibok local government area on Christmas eve.

The insurgents killed six people and burnt down the EYN (Ekklesiyar Yan’uwa a Nigeria) also known as Church of the Brethren in Nigeria in Pemi, a ward under Chibok LGA.