– Two of Nigeria’s top music stars, Davido and Burna Boy, were recently involved in a physical altercation according to reports

Two of Nigeria’s top singers, Davido and Burna Boy, recently made headlines on social media after it was alleged that they were both engaged in an altercation at a club in Ghana.

It is no longer news that all is not well between Davido and Burna Boy. The duo have been known to shade each other on social media and leaving fans to pick sides.

Well, it seems their bad blood recently left social media space and became physical after the duo was together at the same nightclub in Ghana. 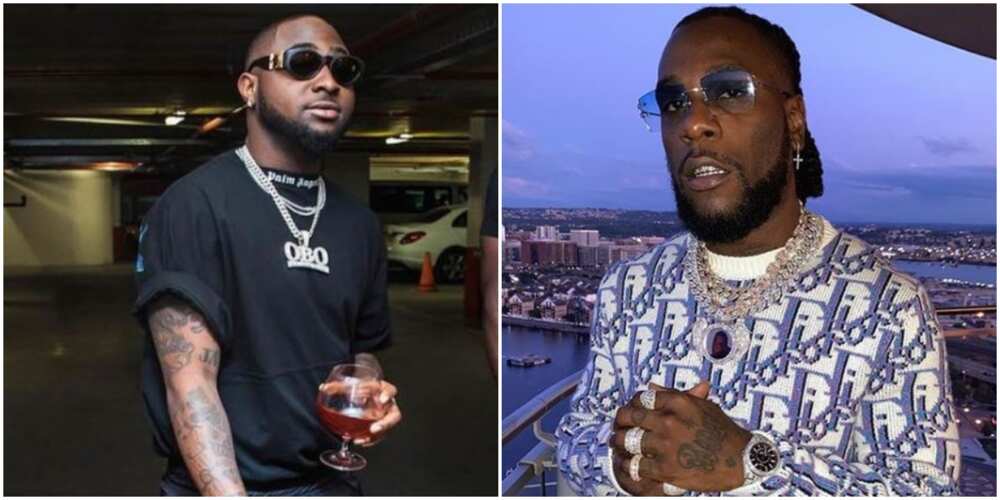 Davido and Burna Boy were said to have been engaged in a scuffle in Ghana.
Photos: @davido @burnaboygram
Source: Instagram

Another Twitter user, @tall_ivan, also said that Burna Boy moved to Davido at the club and that a scuffle ensued.

See screenshots of their tweets below:

Videos also made the rounds on social media showing Davido and his entourage angrily leaving the club. An IG user, Ghhyper claimed that blows were exchanged:

In no time, social media was buzzing over the event with people sharing their hot takes on it. Read some of the comments below:

In other news, Legit.ng reported that veteran Nigerian rapper, Lotanna Udezue aka Biglo, has passed on.

According to numerous reports, the music star lost his life on December 26, 2020, after contracting COVID-19. Before contracting COVID, the singer had been down with a kidney related sickness and was being cared for in California, USA.

Burna Boy was wrong, someone paved the way for him – Ihcego | Legit TV